This story was written by Jessica Hearne, a Grace and Main leader and founding member as well as Field Personnel with the Cooperative Baptist Fellowship. 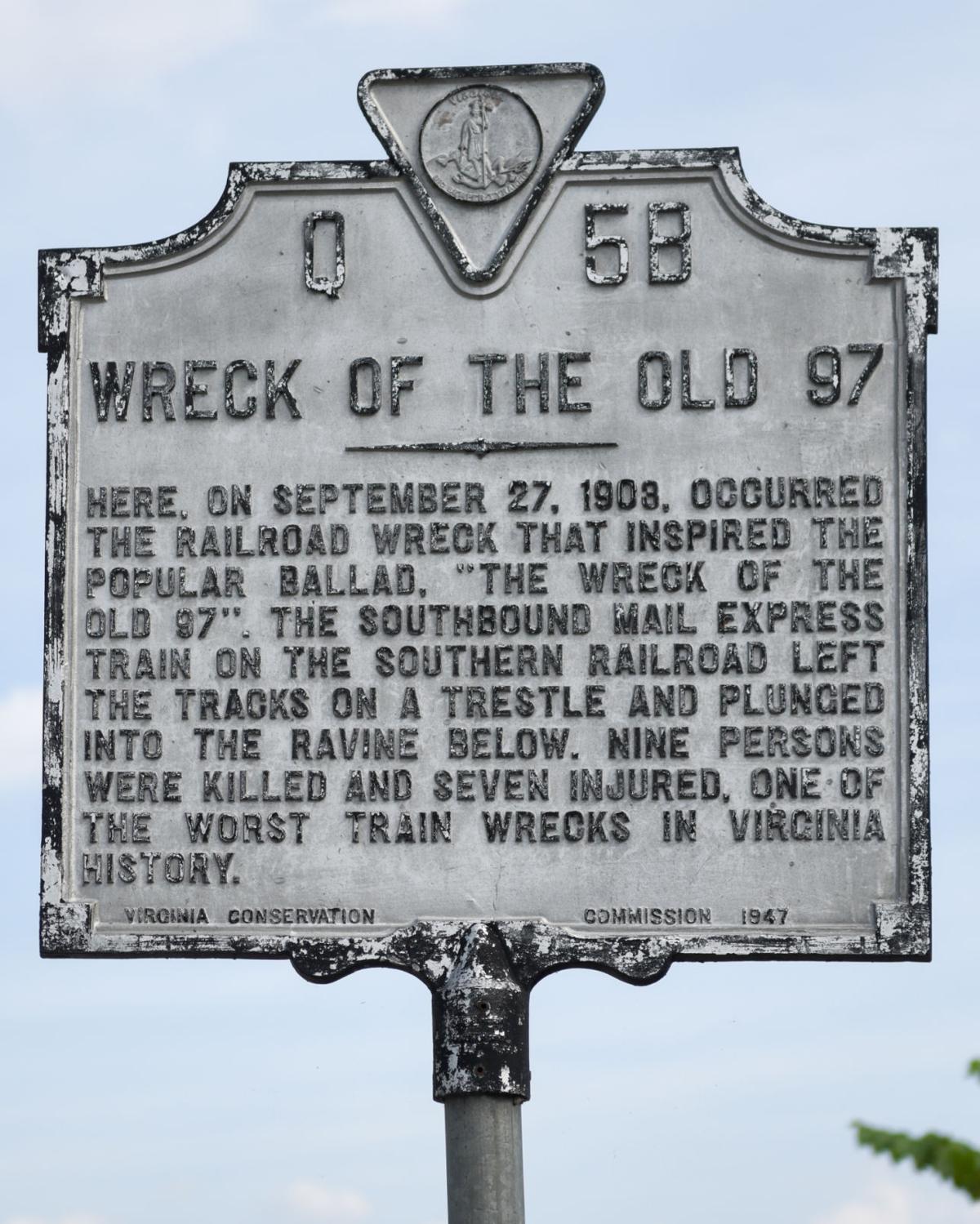 “‘Here, on September 27, 1903, occurred the railroad wreck that inspired the popular ballad, ‘The Wreck of the Old 97.’” Jacob recited the text of the sign quickly and with pride as we drove past it on Riverside Drive. “’The southbound mail express train on the southern railroad left the tracks on a trestle and plunged into the ravine below. Nine persons were killed and seven injured, one of the worst train wrecks in Virginia history.’” Jacob memorized the sign nearly six decades ago, when he used to walk past it every day on his way to school. “How much do you think a sign like that is worth? You know, we kids used to say we were going to steal it and sell it for a million dollars. I’m sure it ain’t worth that!”

Jacob was born and raised in Danville, right in the neighborhood where we do a lot of our work with Grace and Main. I have had the joy of getting to spend a lot of time with him lately, as he rides with me to get farm supplies or to the grocery store and nearly everywhere we go Jacob has a story about where we are. Jacob was born here but he was born with a wandering heart, never feeling that he was really in the right place. Crossing the railroad tracks near his house one day, he told me about his first attempt to “ride the rails” and leave Danville as a kid. “My buddy and I hopped on a train right near here to see where we could go. It felt like we were in that car for hours, and we got kind of scared,” Jacob admitted. “When the train stopped, we jumped out and tried to find a pay phone, thinking we must be all the way to Georgia. Turns out,” Jacob continued already starting to laugh, “we were in Greensboro, North Carolina!” This, of course, was about 45 minutes from Danville. Jacob’s first adventure ended quickly, but it wouldn’t be the last time he set out in search of a place to belong. 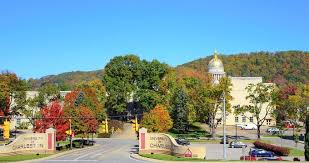 Jacob’s wandering heart led him to many places over the years, many of them creating material for his stories but none of them ever really becoming a home. Many years ago, when the wanderlust had hit again, Jacob was out on the highway hitchhiking. An idea struck him, and he decided to go to Charleston, South Carolina. “I’d never been there,” he said, “and it seemed like it’d be a neat place to visit.”  When a truck picked him up and asked where he was going, he said “I’m headed to Charleston,” and was pleasantly surprised to hear that the driver was going there, too. After several hours of sharing stories and enjoying each other’s company, Jacob was sobering up and realized that they were driving through the mountains. He asked the driver again where he was going, and the driver said “We’re going to Charleston, West Virginia!” Jacob ended up staying with the driver at his house in Charleston for several months. But then he “messed up again,” as he puts it, and once again Jacob found himself without a place to call home.

Most of Jacob’s adventures were fueled by his addiction—an addiction that had left him either locked up or living on the street many times in his life.  One day he was riding with me up to the city compost, and he told me this story. “Years ago, my sister brought her son up to see me at the city farm.” “City farm” is the informal name for the Adult Detention Center in the city. “After she brought him up there, every time they drove past out here, he would tell her, ‘There’s Jacob’s house!’” On another occasion I told him about a weekend trip that I was taking to Staunton, Virginia, to see a play. He said, “You know, I used to live in Staunton. I don’t know where that theater is, though.” The twinkle in his eye and his sheepish grin gave him away pretty quickly and he admitted that his residence in Staunton had been a cell in the federal prison once located there. There have been many points in Jacob’s life when incarceration provided stability, but it has never been home. 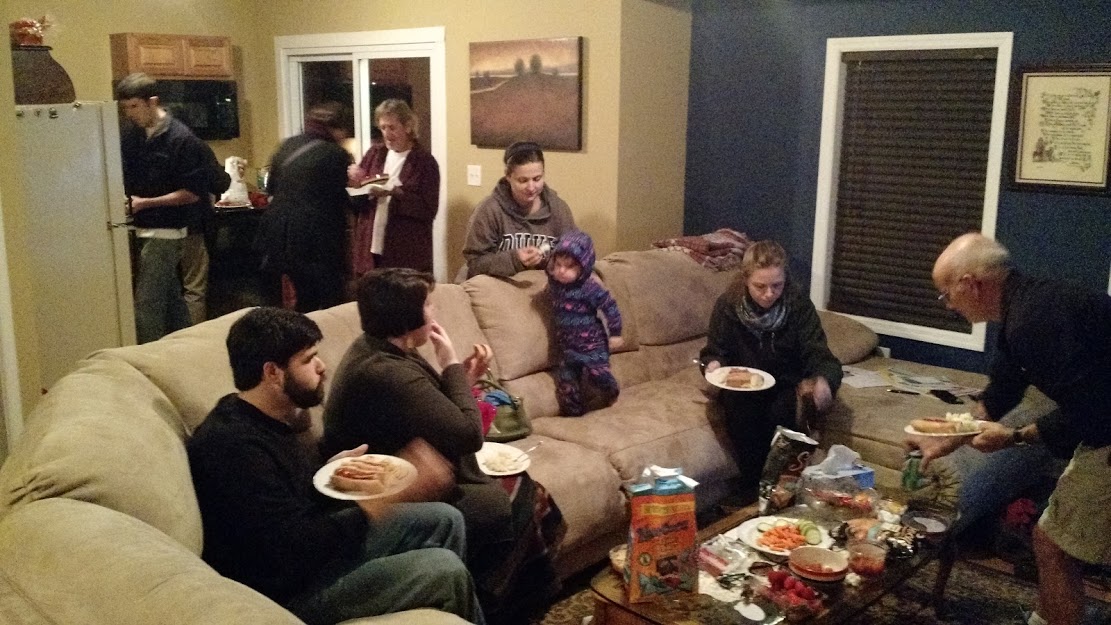 In between hitch-hiking, riding the rails, and serving time, he spent many nights sleeping outside. “Steven and I used to stay over there,” he told me once, pointing at an overpass near a creek. They would find firewood on the edge of the creek or sometimes at a local convenience store to stay warm during the cold nights. He always tells these stories with a laugh, but there’s no nostalgia in them—no fondness to his reminiscence. That life was hard on Jacob, and living it did not make him happy. “I just didn’t know any better. I never thought I could be happy.” He never thought he was meant for a real home.

Jacob has been involved in Grace and Main for many years, almost since the beginning. A little over three years ago, he moved in as a guest in one of our 6 hospitality houses. These days, he operates a hospitality house of his own. His friend Steven, who he used to stay with under the bridge, is his hospitality guest.  Jacob has been sober for 4 years this fall, and he is patiently trying to help Steven find the same freedom. “I asked Jesus to take it away from me, and He did. I never thought I could be this content without drinking, but I don’t even want to [drink] anymore. And if he will ask, I know Jesus can take it from Steven, too.” After a lifetime of searching, Jacob’s house is now in the same neighborhood he knew as a child. His wandering heart has arrived safely at home.

Please consider making a donation to support our continued work at: bit.ly/3CMdonate.