I hadn’t known Andrew long when I saw him walking down the sidewalk, but I could tell by his gait that he was coming to see me. Eyes searching every house number on our end of the street, it was apparent that Andrew had only been by the house a few times; he didn’t yet know to look for the garden surrounding our steps and walkway or any of its other distinguishing features. The night of the week and the Styrofoam container in his hands told me he was coming from a particular free meal about a mile away. I didn’t know precisely where Andrew stayed yet—we hadn’t known each other long enough to make that question a comfortable one—but I knew which neighborhood and that we were out of his way. The bounce in his step suggested he was in a good mood and was probably looking to talk for a bit. If it was like the last time, he mostly needed to be heard but might do some listening too. 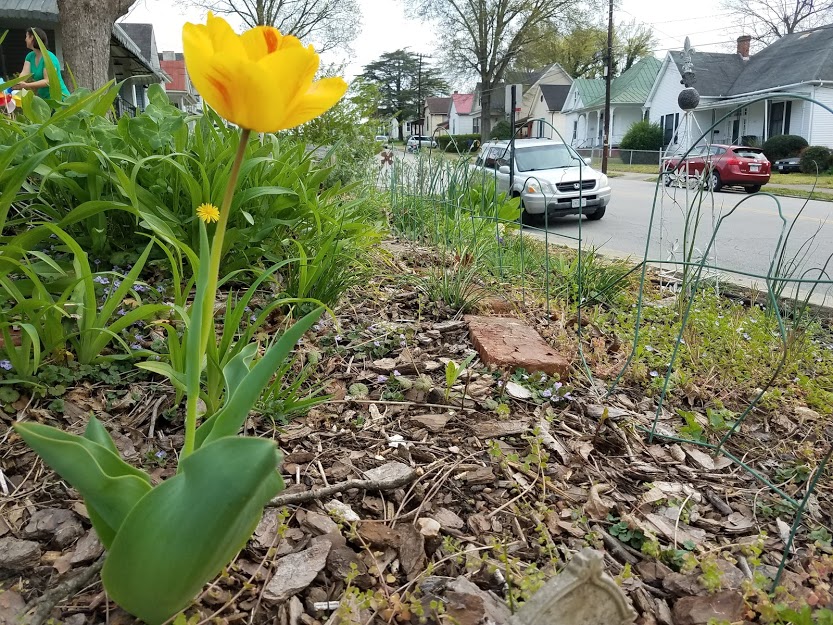 I waited near the door for a minute while he made his way up the sidewalk and our stairs. When he knocked—two short, hurried taps on the window pane beside the door—I made my way to greet him, but took my time. I didn’t want him to think I’d been waiting for him, after all—that can be its own kind of unhelpful pressure. We sat on the porch and chatted amiably for a bit. We didn’t talk about anything of much importance but instead talked about the weather, the meal he had just had, and some of Grace and Main’s upcoming schedule. Little conversations like this are so much more a part of our lives and work than nearly anyone suspects. These little, seemingly inconsequential conversations are a pillar of our work and shared life. Conversations like that start to make people feel welcome while also providing time and space for people to organize their thoughts. For all of us, whether we’re aware of it or not, part of feeling like we’re loved and trustworthy is being able to have conversations that don’t matter without any pressure to make them productive or purposeful.

So, we talked about nothing and I absently watched the sun start to set over the houses across the street. I knew there was something more coming in the conversation—likely some kind of request—but time has taught us that it will come when it comes and there’s not much we can do to hurry that moment along. Instead, we can try to make our friend feel comfortable in the asking. If Andrew was going to give me the gift of his trust, I could certainly afford to give him the gift of my patience.

“I’ve got something to ask you,” Andrew began after we found a natural end to one of our conversations. To the answer of my nod and smile, he continued, “Can I pray for you?” I won’t try to say that this is what I expected. I knew he didn’t have much money and that the place he was staying was his only through of charity and lack of wider attention. I knew that he needed help finding food to eat some days and that he had nowhere to do his laundry that he could afford. I knew a lot about Andrew’s needs, but I hadn’t considered that he might need to pray for me. 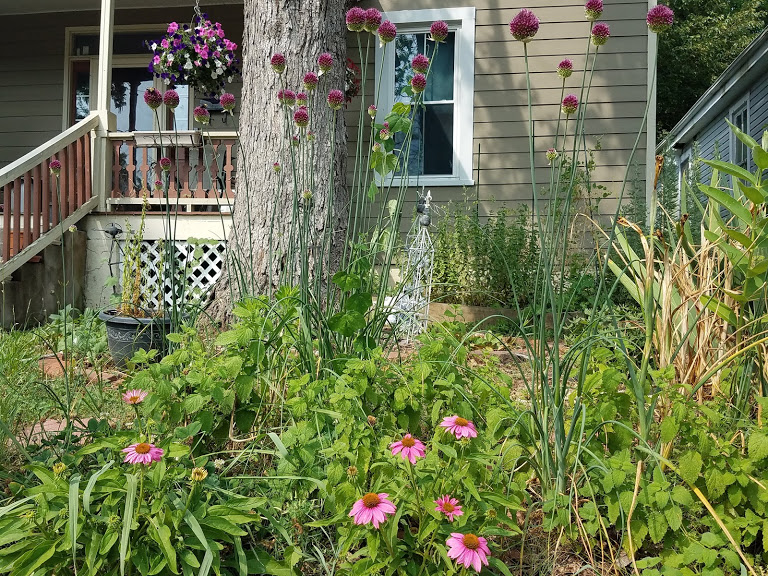 “Sure,” I answered with what must have sounded like confusion to Andrew, because he hesitated. You see, I’m much more accustomed to being asked to pray for people than I am to people asking if they can pray for me.

“I just heard you were sick is all,” Andrew explained. It seems he had seen my name on somebody’s prayer list, had heard that a few people in our little community were sick, and had seen me coming and going from the hospital a few times in the previous week. I wasn’t sick, mind you, and had only been visiting some sick friends, but I could certainly see how he came to that conclusion. I didn’t correct him; I certainly wasn’t going to turn down the prayers he wanted to offer.

As Andrew laid his left hand on the nape of my neck, he began to pray in his breathless style. I could feel the sweat on his hand built up from carrying his to-go meal out of his way to come pray for me. It was a long prayer that covered a wide variety of both prayer requests and passages of scripture. I didn’t always agree with how he seemed to be interpreting certain texts or the exact requests he felt moved to mention aloud on my front porch, but there was a weight to his praying hands that I’ve only rarely felt. I still don’t know what to make of that feeling, but I know somehow that it’s important. 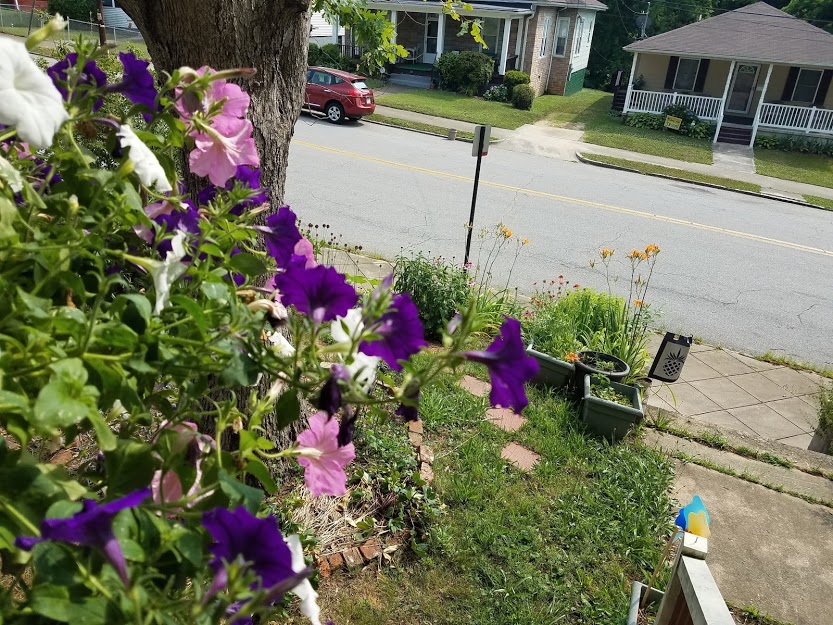 After he prayed, I offered a short prayer of my own that even in the middle of it felt perfunctory. I hesitated to pass my handkerchief over the back of my neck when Andrew was done praying in part because I didn’t want to hurt his feelings and in part because it was a visceral anointing not of oil but of effort. With mutual promises to continue praying for each other, we parted. “I really appreciate it, Andrew,” I called after him as he descended through the garden with his leftovers in hand.

“My pleasure,” Andrew called back, “I saw your name and I wanted to pray.” As I gathered the water glasses from beside our chairs, I briefly watched Andrew walk up the street with the setting sun behind him lengthening his shadow. I didn’t feel all that different than I had thirty minutes before, but then it wasn’t really about me. Andrew needed to pray.