This month’s story was written by Jessica Hearne, CBF Field Personnel in Danville,VA.

Marcus could garden with the best of them. He didn’t have a Master Gardener’s certificate, or a yard of his own to cultivate, but his okra plants at the Grace and Main Urban Farm that first year were taller than me. Marcus was one of the first folks from our neighborhood to join the garden team, claiming one of the individual beds in the garden and cultivating beans, squash, okra, and greens. His okra was particularly stunning, with plants growing as tall as I am, or maybe taller, and so dense that I was certain the plants would choke each other and die. Somehow, though, Marcus kept it growing. He did much of the work in that first growing year from a folding chair or sitting on the ground as he continued to recover from the ankle injury that prevented him from going to work and left him temporarily without shelter.   He would eat some of this produce, some he would sell to make a little extra money, and some he would give away to folks in his neighborhood who needed it. 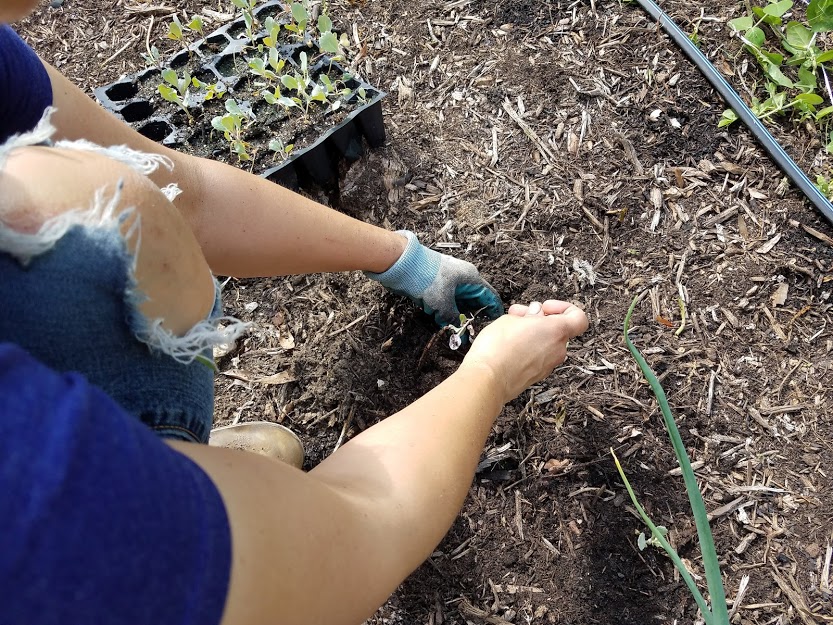 In our second year, Marcus claimed his section again. He was in and out of town some that season, but he let us know that if anything needed to be picked from his garden while he was away, we should go ahead and pick it for someone who needed it. I gave away many pounds of green beans that summer from Marcus’ garden. I also planted some more okra for him while he was gone for a particularly long stretch to visit a friend, but it didn’t grow as well without him there to take care of it. I guess when it comes to okra, I just don’t have the same talent as Marcus.

Marcus was diagnosed with cancer last year. He had to have a tracheotomy, making speech and eating difficult, and was prescribed a liquid diet. But even in the midst of palliative chemotherapy, he was in garden with us. He didn’t claim his old spot, but instead pulled up a chair just as he had that first year and helped us pick cucumbers and pull weeds from our community beds and individual spaces. His usual garden bed lay mostly fallow last year, resting from the good labor that it had done with Marcus for two summers. He loved the garden, and I think he felt better when he was working, even if he could no longer enjoy the greens and okra he was helping to produce. 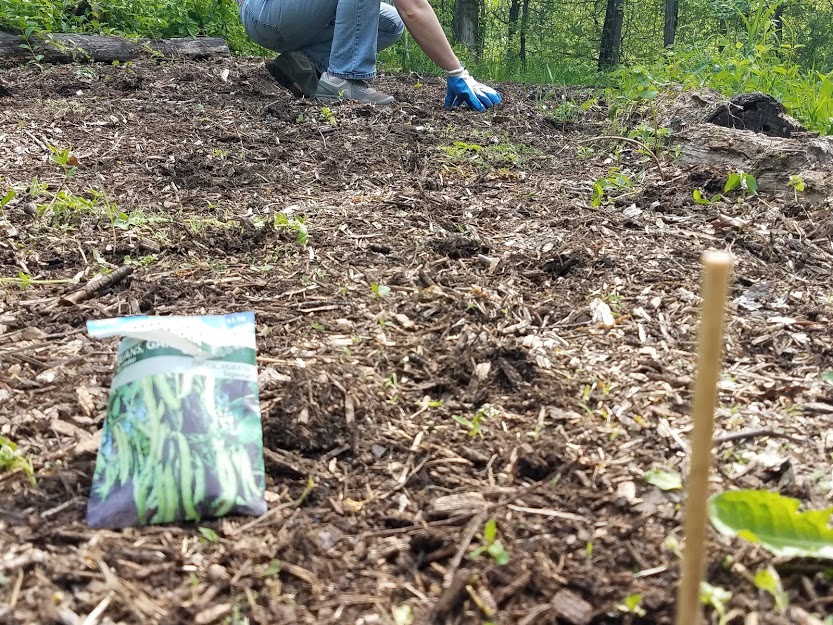 In spite of his love for us and the garden, however, we were seeing him less and less as the summer turned to fall. We closed the garden for the season on the last Thursday of October, and barely a month later Marcus passed away. His family, many of whom have been involved in Grace and Main for many years, asked that we place some of his ashes near the garden that he loved so much and was so much a part of him in his last few years. We are happy to oblige.

This spring, I planted strawberries in Marcus’ garden. Strawberries are something that our garden team has been interested in for a while, and this spot, at the top of the hill where the sun shines the brightest, seemed like a good place. Strawberries are perennial, so now every year they will grow and spread across that garden bed that once was home to the world’s tallest okra. The strawberries also seem like a fitting tribute to Marcus, whose labor on our Urban Farm will continue to have an impact on his neighborhood for many years to come. Marcus was an integral part of our garden team, and was a generous and caring man, and we will miss his presence at the Urban Farm.