“Wait, guys, I’m coming down,” Ed shouted from his second-floor apartment door. He patted his pocket to check for his keys before pulling the door shut and walking quickly to the stairwell at the end of the motel turned apartment complex. This wasn’t the particular apartment we’d helped him move into a few years previous, but it was in the same building. He had moved out of the building we sometimes called “Little Calcutta” in one of our neighborhoods after taking part, and leading, in the justice that God grew there. Ed’s new building wasn’t the nicest in town, but it was leagues ahead of his previous place. More importantly, it was better than nearly all of his accessible and affordable alternatives. Ed insisted he was blessed because he could pay his bills and drink his coffee, even if it was out of a cup he borrowed from a hospitality house.

“Sorry, guys,” Ed said before adding a slight shake of his head and a pursing of his lips to his meaningful pause that told us what was next before he continued, “I can’t make it tonight…you know why.” Of course, we did. Like so many of our brothers and sisters around Grace and Main, Ed’s circumstances mean that he is perpetually at the mercy of other people’s schedules and calendars. If he needs something from the more traditional organizations that help him and offer some form of needed and appreciated support, then Ed often has little control over when they come. So, on many Sundays when we go to pick him up for prayers, Ed cannot come because his help hasn’t come yet. On those Sundays, we remind Ed that he is loved, promise to pray for his mother as he always asks, and insist that we will pray for him, as well. 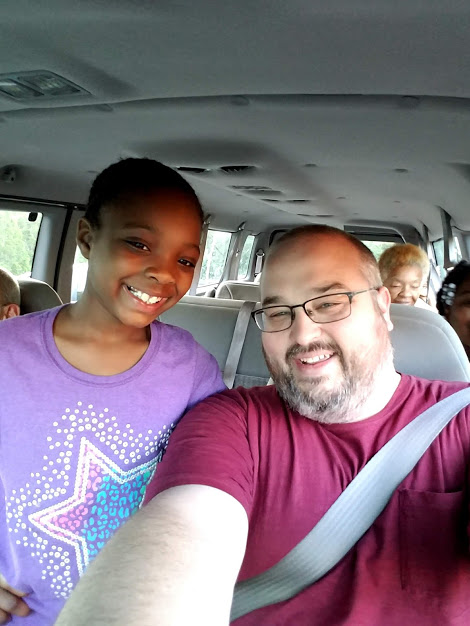 But this Sunday, our visit didn’t follow its semi-typical script. Ed waved as I put the van into gear and said not too loudly but still insistently, “Hey, wait!” With my foot on the brake, I waited for Ed to continue. “Once they come, I would love to get some dinner at the KFC across the road,” he said as quickly as he could get the words out, “I mean, I don’t need it but I sure would like it.”

I knew I didn’t have any cash in my wallet, but I still patted my pocket before saying, “Sorry, brother, I don’t have any cash on me.” Ed nodded with understanding. But Robert, who was riding in the passenger seat of the van having just been picked up five minutes previous, was already fishing his wallet out of his pocket and flipping it open.

“I’ve got it,” Robert said with a quiet nonchalance while pulling out the last few bills out of his wallet and handing them over to Ed.

“That’s real kind of you,” I said while Ed offered his own more profuse gratitude to Robert. “Seeya next week?” I asked Ed as I prepared to continue our drive.

“Oh yeah,” Ed intoned with a smile that told me he was already thinking about chicken livers as soon as his time was his own again. 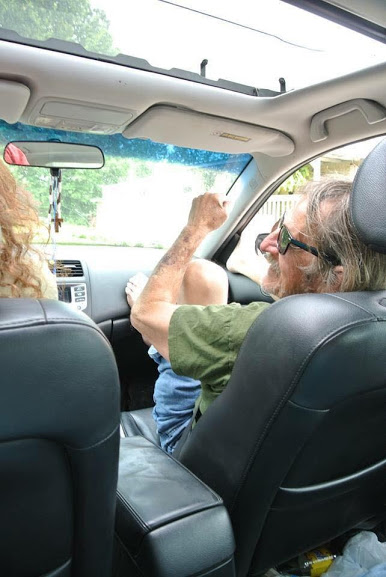 Later that evening during a period of extended silence in our prayers, I was reminded of Robert’s generosity so I turned it over in wordless contemplation. I knew that Robert and Ed receive the same kind of monthly check and that money can be equally tight for the both of them. This was certainly not a case of minimal sacrifice; eight dollars was a lot for either man. I wasn’t feeling guilty either because I hadn’t lied to Ed; I gave up lying or deflecting about the contents of my wallet several years into my life with Grace and Main. But, still I was struck by Robert’s generosity—I felt like I had missed an opportunity to do what Robert had done. That is, to be generous not because of a deeply felt need but because of the innate joy of giving for both recipient and giver.

Robert is one of a few Grace and Main regulars who makes sure that my daughter rarely has to go without a Reese’s cup for more than a week or two. In exchange for his gifts, my daughter is keen to remember him in her prayers and often quite eager to greet him. Robert once brought a harmonica to Little Calcutta when he knew that he’d be staying a while after the roving feast to play some music. He passed it to one of the residents who always listened but never had an instrument to join in the impromptu jam session. The new performer didn’t necessarily make pretty music, but it was made beautiful by joy and generosity. One Christmas, Robert bought a pair of boxing gloves for a friend of the community. He had heard the man had been a boxer in years past but had lost nearly all of his possessions in some personal and anonymous disaster. Those gifted gloves weren’t much use for boxing, but they were excellent for the memory of a more hopeful time. 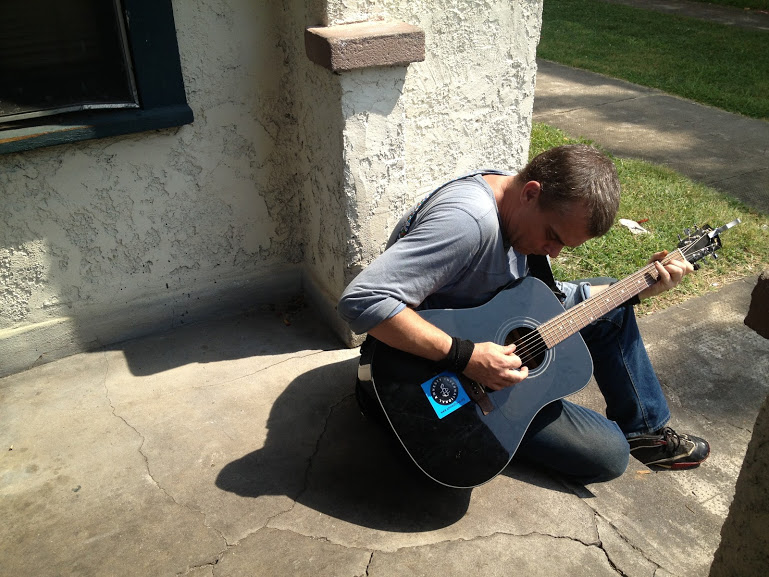 Of course, Robert also gave Grace and Main a number of gifts over the years. His prayers have been constant. He recently finished three years of sobriety. He was also the one who pestered Bruce to come to one of our meals all those years ago. So, in his own way, he gave the community the gift of our dear brother.
I dropped Robert off last that night after prayers so that I’d have a few minutes to ask him about his generosity and why he was so keen to give gifts. Robert acknowledged that he wasn’t sure his gifts would actually change much and conceded easily that they didn’t always address needs so much as wants. “But you like giving, don’t you?” I asked him.

“Yeah, I do,” Robert began, “I like to give because I’ve not always been able to. Now that I can, I really enjoy it.” Rounding the corner toward his home, I hesitated to say anything for fear that I would disrupt his word for me. My silence was paid off when this kind, introverted man continued, “You know, the truth is that sometimes they’ll enjoy what I’ve got more than I will. Just because I’ve got it doesn’t mean I’ll spend it better than they will.” As we pulled up to his door and I thanked him for his time and requested his prayers for something like the thousandth time, he gathered his hat and bag. Robert turned and offered a final word from the gravel path leading to his door, “Sometimes they’ve got better plans for my money than I do—so why not let what I have be theirs?”