I was just getting ready to start Sunday evening prayers at one of our community’s hospitality houses when an unfamiliar brown sedan pulled to a hesitant stop in front of the house. I didn’t recognize the woman who got out of the back but I recognized the driver from a local congregation. The driver didn’t make eye contact with me as I walked off the porch toward the street. I imagined that perhaps the driver and his unknown companion would be joining us for prayers, so I was eager to greet them. But, as the anonymous woman closed the car door and I recognized the tears in her eyes for what they were, the driver departed without a word. With a familiar, sorrowful look, the woman sat down on the curb.

With a quick glance around the porch, I hoped to find somebody whose expression would show that they knew the woman or perhaps had some idea what had just happened. What I found in the faces of those who make up our little community was surprise and a creeping realization that this woman had been abandoned here by somebody who didn’t know what to do with her. For all of us, this was a tragedy; but for some of us, this was a familiar experience. 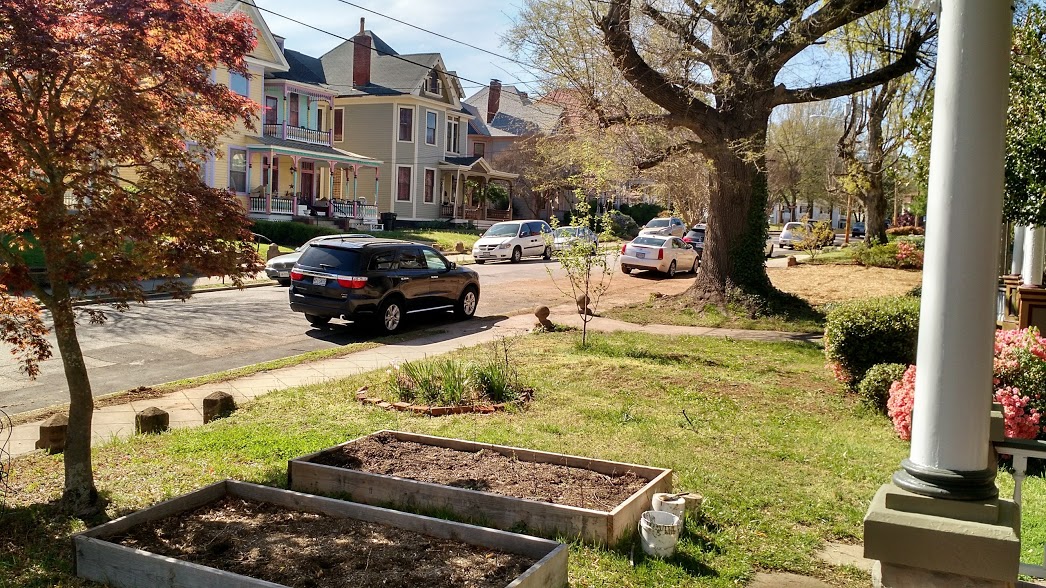 Sitting on the curb next to her, I coaxed her name—Kathleen—from her between sobs and looked back over my shoulder to see if anybody had figured out what to do yet. Kathleen and I were joined on the curb by Brandon. With his intimate experience of what it’s like to be “somebody else’s problem,” Brandon took the lead as I fumbled for words and understanding and Kathleen tried to catch her breath.

Like Job’s friends before they messed it up with their words and false confidence, Brandon kept silence and helped me to do the same. Brandon didn’t know what to do, he later admitted, but he knew how to be a witness to suffering so that one of God’s children doesn’t have to suffer alone. When Kathleen fumbled in her pockets only to find an empty pack of cigarettes, Brandon offered her one of his in a gesture that our shared life in community has taught me to call generous and merciful. With a shaking hand, Kathleen smoked her borrowed cigarette and began haltingly to tell a piece of her story to two silent strangers whom chance and a fast-moving sedan had compelled her to trust.

As Kathleen explained that she wasn’t from Danville and was, in fact, from High Point, North Carolina, I could hear quiet footsteps approaching. Another one of our community’s leaders brought Kathleen a glass of ice water and whispered to me that prayers would wait. While Kathleen began to explain that she had ended up in Danville in order to escape an abuser in North Carolina, yet another one of our leaders started up a conversation on the porch thirty feet away. There wasn’t anything special about the conversation, but so many of our folks know well from past experience what kind of story Kathleen was likely to tell. They also know how hard it is to tell when you’re worried that you might have an audience.

So, in the place of prayers, our little community talked about nothing much in particular and offered a grace that sounds like a low, inconsequential murmur. What our people knew—what they had learned from their own similar, hard experiences—was that you didn’t need to know exactly what to do in order to do something good. Sometimes we all are tempted to strive for acts of great, heroic love and not be satisfied with little acts of love. In pursuit of big solutions, we risk seeing people as problems. 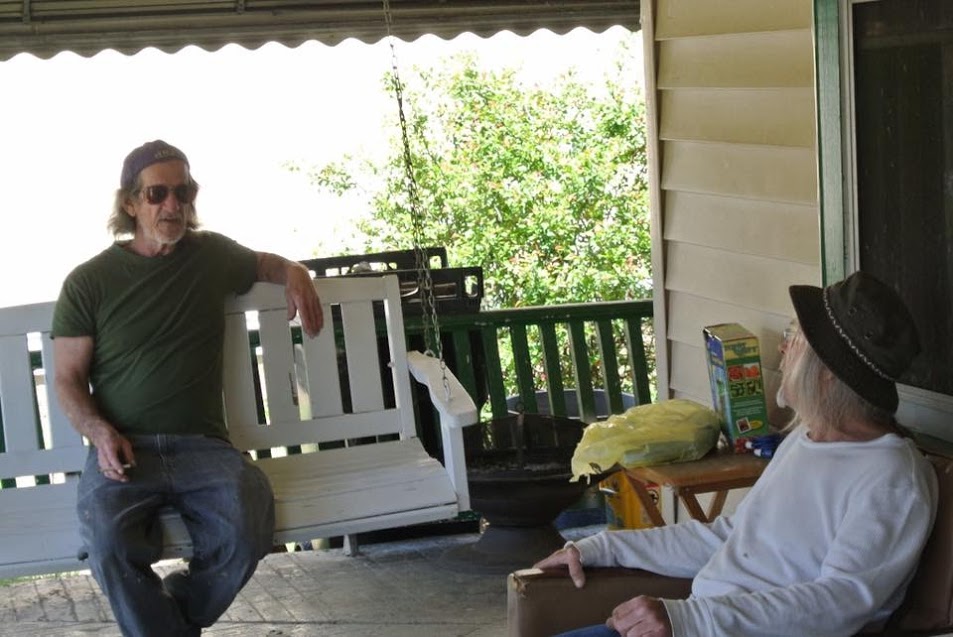 Kathleen continued her story but interrupted every other sentence with an apology for being drunk. Kathleen seemed to hope that her many apologies would pry mercy from our unwilling hands. Brandon spoke for us both when he quietly reassured Kathleen that she was welcome, even if unexpected, and that we weren’t interested in judging her. With that tiny shred of confidence in our hospitality, Kathleen opened up and expressed her fear and anger to us. She was angry at her abuser. She was afraid to go back to High Point. She was angry at feeling abandoned. She was afraid because she didn’t know her way around Danville and didn’t have a place to stay or food to eat. She was angry at herself for leaving her ID in High Point, but she had done so because of the fear that had gripped her heart in her escape.
Then came the question I knew was coming, as Kathleen made eye contact with me for the first time and asked, “So, what can I do?” I had been dreading this imminent question because, like the driver of the brown sedan, I didn’t know what to do. Kathleen wanted to go back to High Point but was also afraid to go back. She wanted to stay in Danville but had no material or social resources here. She wanted to be sober but didn’t feel like she could be yet.
I excused myself for a moment to make a few phone calls and see what our options were for making a place for Kathleen. After about fifteen minutes of phone calls, I still had very few options because there are very few places that pick up the phone on a Sunday evening. Discussing those few options with a handful of our community’s leaders led us to doing something we’d done before but which I still find relatively uncomfortable: making a promise and then counting on God to keep it. We didn’t know what to do, but we trusted that God did and then went about our business of little acts of love. 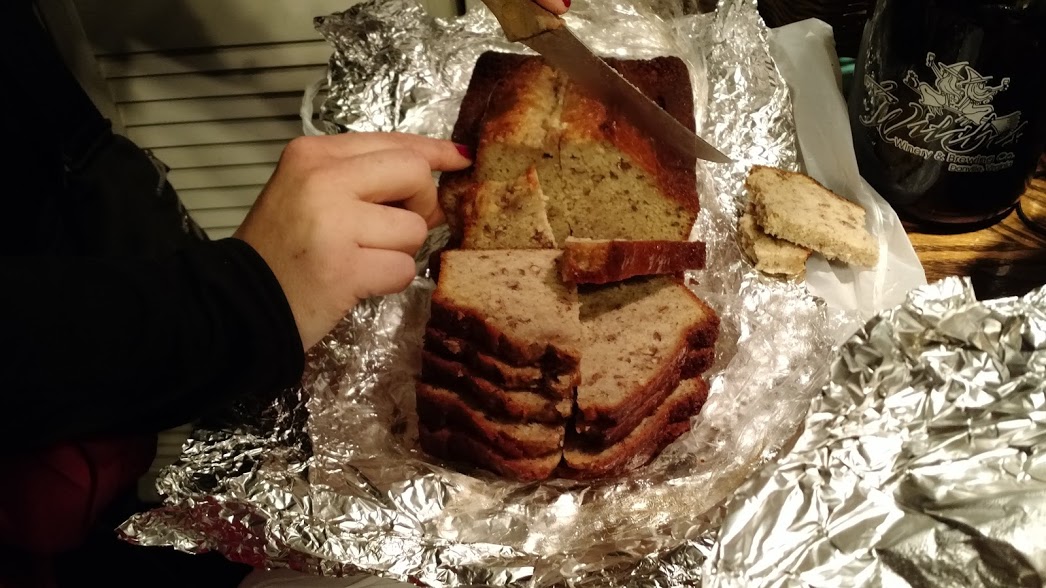 We convinced Kathleen to join us for an impromptu meal in the kitchen of the hospitality house. We hadn’t been planning on eating, but we didn’t want her to have to eat alone. Sunday Evening Prayer became sandwiches and a tray of finger foods that week. While most of us shared lemonade and tea, one of us made a reservation at a local hotel for a few nights. Between bites of egg custard left over from a meal earlier that week, we promised Kathleen quietly that we could do more nights of shelter if it took longer to find a solution and we scheduled a time the next day for us to sit down and figure out her options.

While taking Kathleen to her hotel room, I repeated to her out loud what the sandwiches and egg custard had said more subtly: “you’re not alone and you’re not a problem.” As I drove back from the hotel room, I had a short voicemail on my phone with an awkward apology from the driver of the brown sedan.

“I just didn’t know what else to do,” he told my voicemail with an apology tinging the corners of his voice.

“Neither do I,” I confessed to God, myself, and no one else in particular, “but I’m not sure that always matters.”