This story was originally shared on March 1, 2017.

Deep down, I’m a worrier. I’m really good at it. I know scripture tells us not to be anxious and Jesus even directs our thoughts to the “lilies of the field” in the Sermon on the Mount, but I need help to get to that kind of trust most days. Even though I’m surrounded by a community of people who have pledged to share resources and needs and actively share their lives with me, I still worry. Even though our work has consistently been supported by donors like you, every January and February is an anxious time as I worry that this year will be different; that this year will be the year that it doesn’t happen. If I’m honest, I sometimes worry that I’m only as valuable or lovable as I am useful. I seem to have so many needs and even more fear of them not being met, even as I live in the midst of God’s blessing and miraculous provision. I seem to have everything I need, so why don’t I feel like it some days?

Perhaps, my struggle with worry is part of the reason I thought I misheard Marcus in the van. He is, after all, a fast talker and sometimes shifts the topic of conversation abruptly if he’s excited. This night, he was excited about some good work he had been doing in the neighborhood and was riding along in the van to drop people off after our big meal. As he told me about meals shared and the ways in which he loved his neighbors, he said something that I didn’t expect: “You know, I don’t need anything. I’ve got everything I need.” 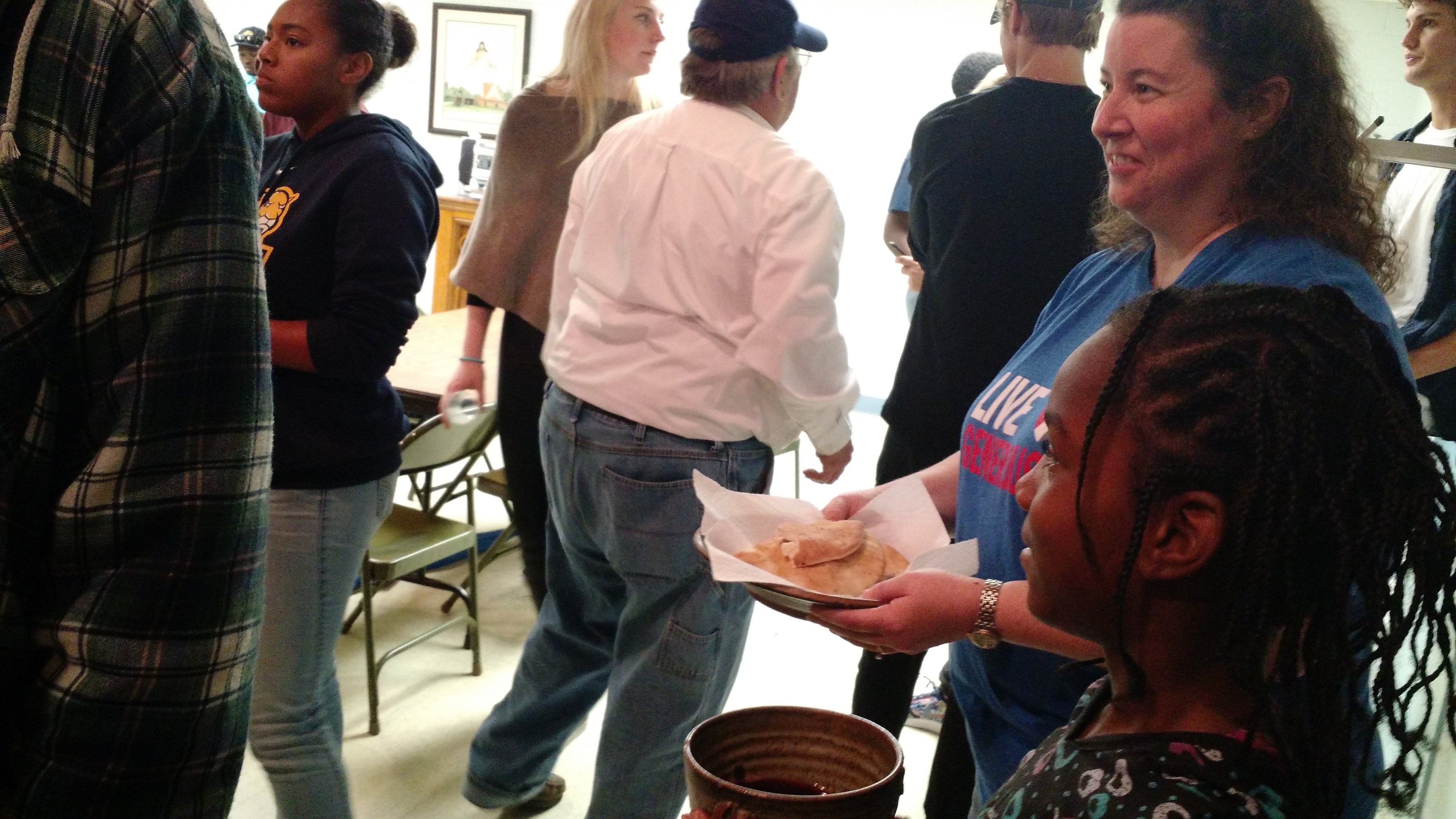 I confess that my first thought was a judgmental one: “how can that possibly be true?” When we first met Marcus, he walked with a substantial limp because of a very significant injury to his ankle. He did as best as he could with it, but the injury meant that he couldn’t get the work to which he was accustomed and by which he had been supporting himself for years. Without a job and reliable transportation, it became very, very hard for him to make it to the doctor on his own. Because of his injury, his shoes didn’t fit and wore out even more rapidly. Before I knew Marcus by his name, I knew him by his walk and the plastic bag he wore over his steadily deteriorating shoe. How could this man not need anything?

As we began to share life with Marcus and help him to get to the doctor, he quickly became a regular at our meals. We first welcomed him into a hospitality room, but eventually helped him to move into an apartment of his own when his income became steadier and his ankle began to heal. The day after moving into his new home, he began offering hospitality of his own—welcoming folks to find shelter in his relatively meager accommodations. In response to God’s blessing, Marcus responded with grace and mercy. Marcus understands intuitively that loving God and loving your neighbor are intertwined. His ankle was still injured and he wasn’t yet well or stable, but he couldn’t wait any longer to be doing our Father’s business. Watching as he once again repaired his shoe with duct tape, I couldn’t imagine how this man “had everything.” 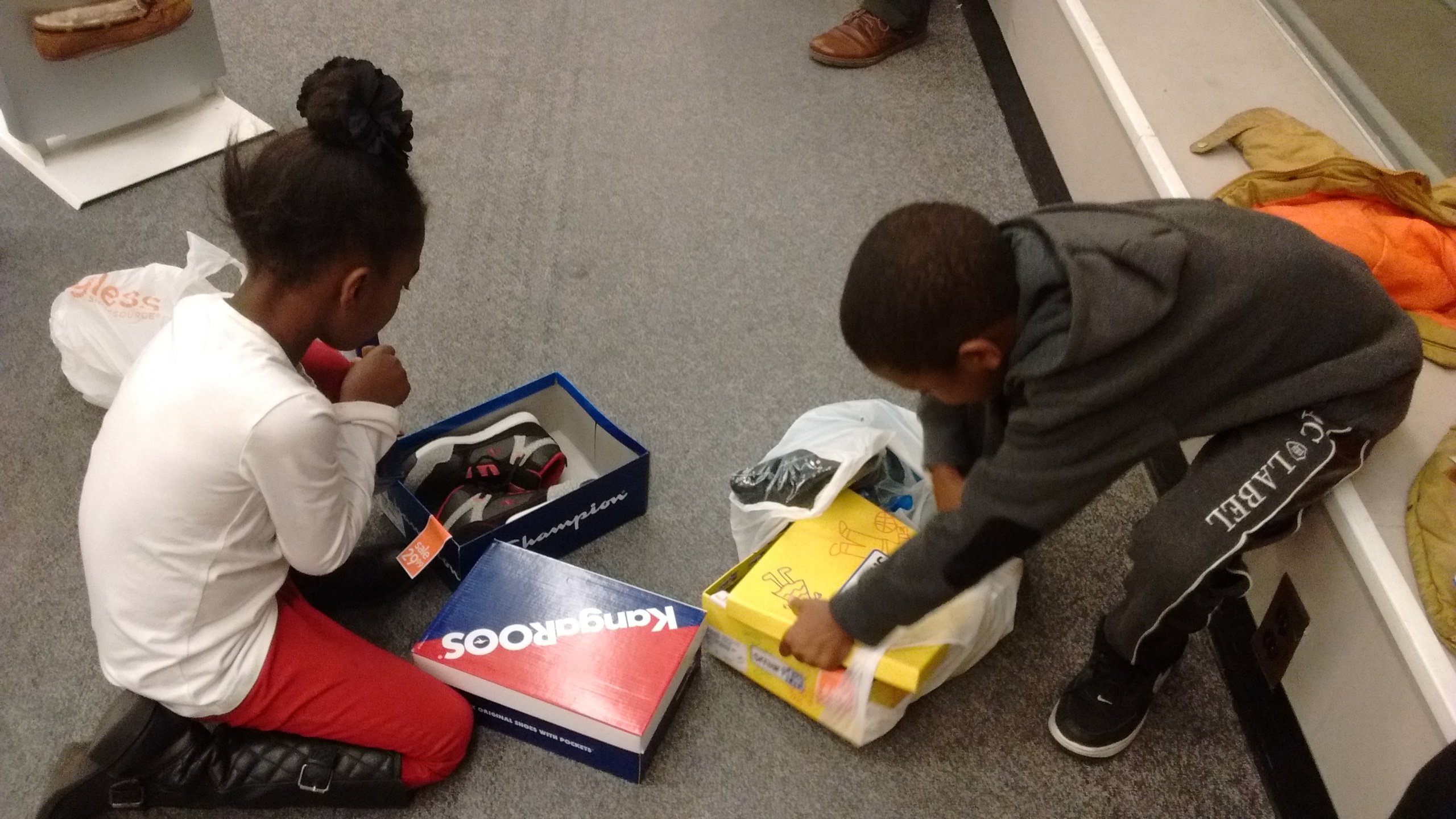 But perhaps the problem isn’t that Marcus was wrong, but rather that my imagination is too small sometimes to see God’s goodness in hard places. Even with busted shoes, Marcus was concerned that there were people we knew who didn’t have shoes. He wasn’t content to wait to help until everything in his life was stable. He didn’t need good shoes before he cared about his neighbor’s shoeless feet. He didn’t need a perfect home before he could open it to others. He didn’t need to be wealthy to be generous. He didn’t need to be full before pouring himself out for others. But, perhaps most importantly, Marcus trusted God and the community to which God had brought him to love and support him.

Nowadays, you’ll likely find Marcus at one of our meals or, even more likely, in one of the gardens at the Urban Farm (he’s a phenomenal gardener!). His ankle is much better now after consistently getting to his appointments and getting the medicines he needed to prevent infections. His shoes fit a lot better now and are in much better condition. He’s always eager to pitch in if there’s work that needs to be done and he’ll still talk your ear off. But, he hasn’t stopped giving or trusting; and, thank God, he hasn’t stopped teaching me the futility of worry and the pride inherent in believing that I’m only as valuable or lovable as I am useful. I’m learning that Marcus is right—he has everything he needs and so do I. Some days, I even believe it.