“Why not take it back to the house with you?” I asked her.

“I can’t keep these with me,” Ms. Parsons told me, indicating the cracked leatherette picture album she clutched in her hands. This album was one of five or six others in a file storage box opened between us. Nearby, Ms. Parson’s son, Ralph, was sorting quietly through some of the other boxes of things that they had stored in our warehouse space. Ralph was hoping to find a cellphone that they thought might still have some minutes on it. We’re thankful that a local business lends us a space in one of their warehouses to store things like donated furniture and appliances until we can find a neighbor who can use them. But, in the case of Ms. Parsons and Ralph, the warehouse was a safe place to keep their possessions when they were ejected from where they had been staying. As long-time regulars around Grace and Main, we were able to find them a place to stay in one of our hospitality rooms quickly, but they wanted to store many of their things in the warehouse to give themselves a little extra space in the hospitality room. 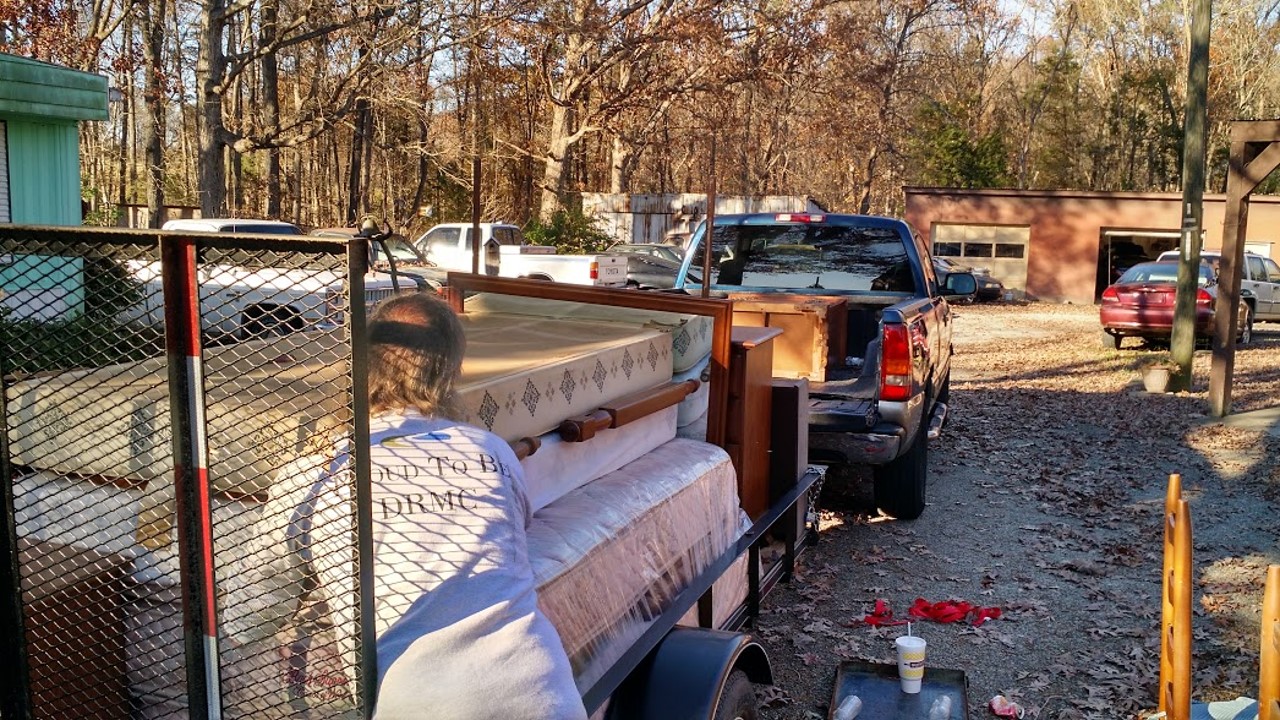 There we stood, surrounded by so many things held precious by Ms. Parsons—things like picture albums, quilts made by family long passed, and cherished childhood art projects—as Ms. Parsons lovingly told me story after story about the people in the sometimes-faded pictures. She showed me some of Ralph’s baby pictures, one in particular included the hands and knees of Ralph’s father, whose face and name remain a mystery to me. Ralph, at least ten years my senior, looked up from his search for a moment to blush and shake his head good-naturedly as his mom told me about the cute things he did as a toddler; the picture had faded with age, but the memory was as crisp as it ever was as Ms. Parsons, smiling, impersonated Ralph’s childish speech.

She showed me a picture of a black and white cat named Socks, of whom she had only a few hazy memories. She showed me pictures of first homes and first cars, both the ones bought before and after everything changed. Ms. Parsons showed me a picture of her father and talked for a moment about the way he’d enter the house after work and what his favorite meal was. Ms. Parsons told me all about her mother with an appreciation honed over decades of missing her. “She was a good Christian lady, I know where she is,” Ms. Parsons insisted with the same gravity as any preacher’s prayer: “acknowledge your servant, a sheep of your own fold.” 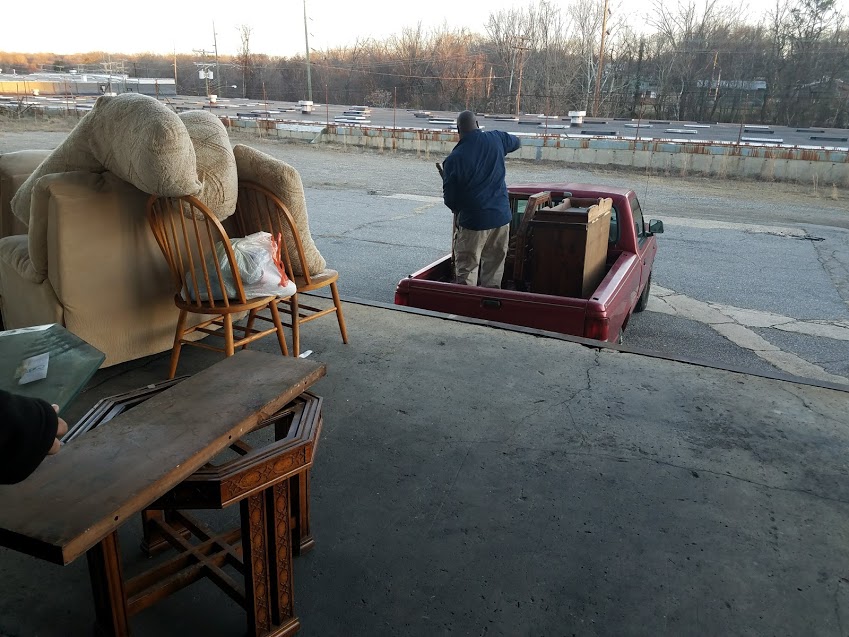 Finally sensing that it would be okay to ask, I continued my earlier question: “Why can’t you keep these with you?”

“I can’t keep these with me, “she insisted with grace and gentleness, “because they’re too precious.”
As she closed the album and placed it back in the box with a careful grace reserved for the priceless, I thought I was starting to understand what Ms. Parsons meant. Their preciousness made them vulnerable and vulnerable things often have only one fate in the lives of those who struggle with homelessness, hunger, poverty, and/or addiction: loss. These memories of hers were safe in this place she could not stay, entrusted to our care with a spirit of faithful love. “Well, thanks…” I stammered under the weight of what Ms. Parsons was saying, “…thanks for trusting us with your precious things.”

Ms. Parsons was smiling in response to my clumsy gratitude when Ralph popped up from the middle of the boxes to say he was pretty sure the phone wasn’t here. He thought maybe it was in the pocket of one of their winter coats back at the house. As we turned off the lights and made our way back to the car, I said, “You know, if you ever want to come back and look through the picture albums, we can do that. Plus, I really want to see what that quilt looks like some time.”

“Oh, it’s precious, too,” Ms. Parsons said, in what was likely an understatement, before adding, “I’d like that.” 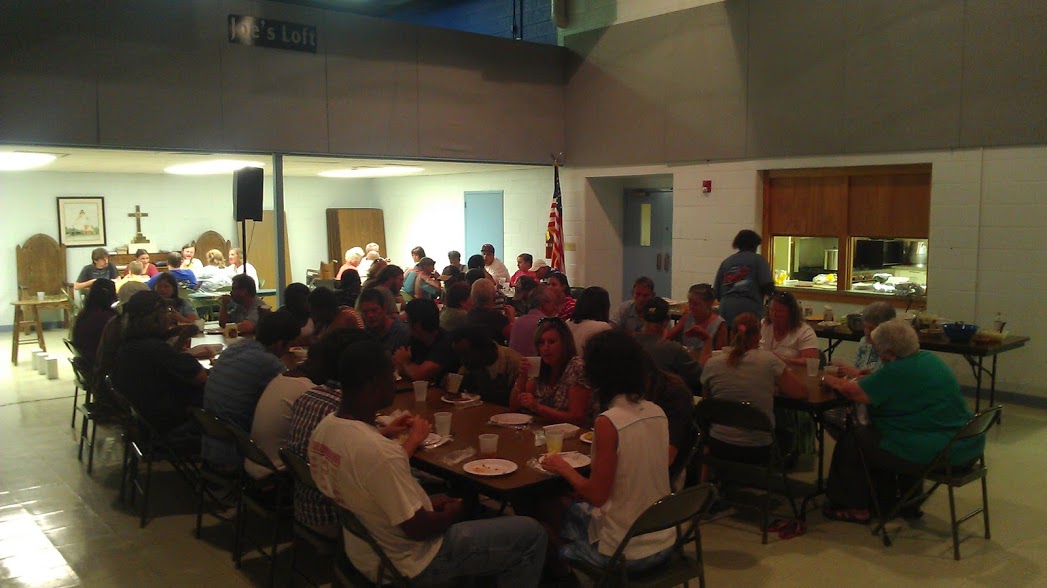 For so many of those with whom we’re building our lives, the preciousness of a thing is such a tremendous liability. When you’re living life with so little margin of error, one stroke of ill fortune—a missed paycheck, a too-high utility bill, an unexpected medical expense, getting laid off—threatens to break and ruin all that you hold dear and precious. The value of a thing becomes a vulnerability when the world seems to have nothing but hard edges. When there is so little buffer between you and the world, you must often choose between yourself and what you call precious. This is the hard bargain that is ever-present in the lives of so many of our dearest friends. This is the hard bargain that no one chooses, but many must make.

Yet through it all, we must remember something: it’s the same hard bargain into which Jesus entered. When forced to choose between his own life and what was precious to him, Jesus chose what was precious—people like me and you. With faith so fragile it should be wrapped in bubble wrap, we are called to trust that God doesn’t call the precious vulnerable, but rather calls the vulnerable precious and calls us to go and do likewise.