I don’t like to be late, but nearly eight years of running on “Grace and Main time” may have had some effect on my punctuality. So, when I pulled my car into the street parking near a certain apartment building, I was not only in a hurry, but also anxious about it. As was often the case during this season in the life of the neighborhood, I was met by several kids at my car door. No longer worried about tardiness, but newly worried about the flow of traffic through the neighborhood and whether or not the kids were watching it, I grabbed my bag and made my way to the stairs to answer their myriad questions. Their many different questions (What we were going to have for dinner? Did I bring my frisbee? When was the next big meal was?) gave way to one most pressing and important question: where was my daughter? 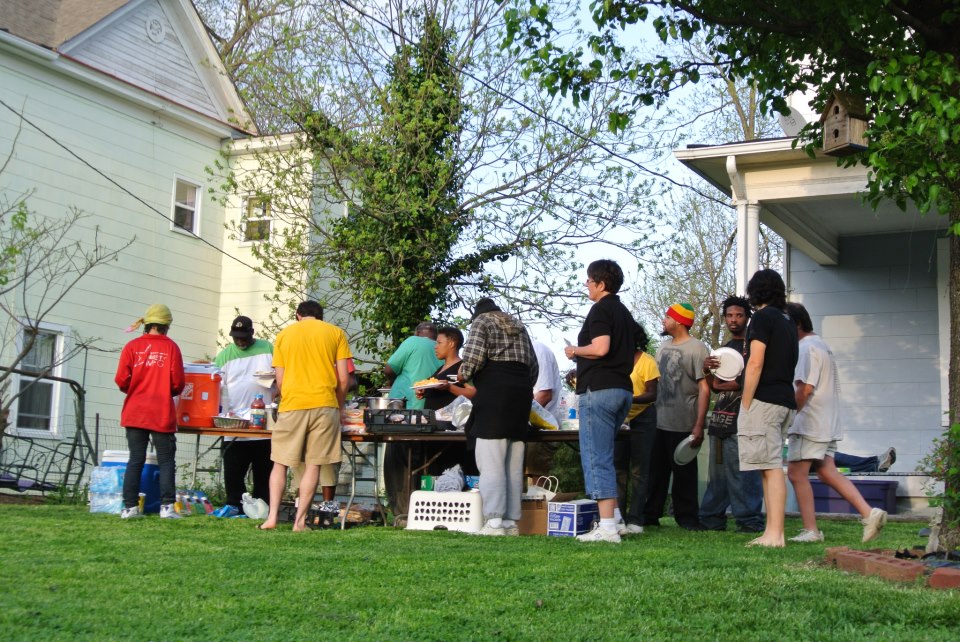 Satisfied for a moment by my answer that she was coming with her mom in a minute, the kids went back to playing while I helped set up for a community meal on the front lawn of the apartment complex we affectionately call “Big Blue.” When my daughter arrived, the kids were excited for her to join their games, but were reminded by her unsteady toddling that she was still learning how to walk. Leaving their game to the side, they eagerly took turns holding her tiny hand and walking slowly with her from one end of the lawn to the other. They showered her in praise for her faltering steps, rejoicing not in her speed at walking but in her willingness to try and get up after falling. In fact, they were so fascinated with her progress that they had to be reminded to eat over and over again. These children with whom I’ve shared numerous meals have found a variety of ways to love me, but none have been as dear to me as walking carefully with my daughter from one end of the lawn to the other.

Robert was at the meal that night, too. It was courageous for him since he had relapsed just a few days before the meal. He had hoped nobody would notice that he was using again, but he was too near and dear for us not to notice. You can’t help but notice somebody’s faltering steps when you’re holding their hand. As my daughter walked back and forth across the lawn, Robert found a corner of the porch to eat his burger by himself. I knew he didn’t want to talk about his relapse—he’d said as much just moments earlier—so I enjoyed my hot dog and potato chips a few feet away in silence. Not knowing what else to say and not wanting to force Robert into a conversation, I waited until I’d finished my meal to pat him on the back as I made my way to the compost and trash. “We love you, brother,” I insisted, “and we’re glad you’re here.” A few weeks later, Robert was ready to try again at sobriety. It didn’t stick that time, either. But, just last month, Robert celebrated two years clean and sober. We rejoiced not in his speed at recovery, but in his willingness to keep trying. 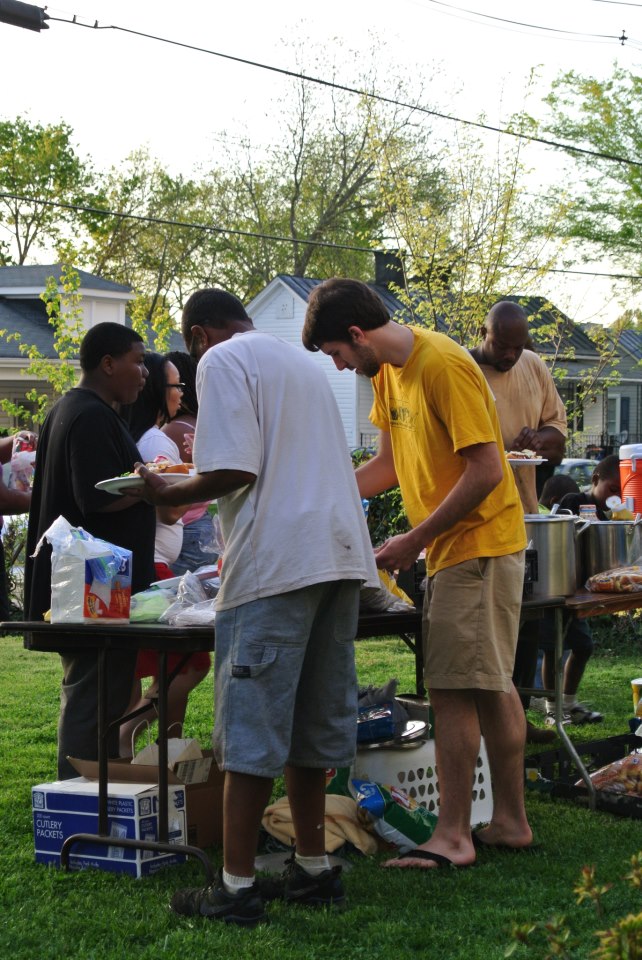 But it’s not just Robert and my daughter that need hands to hold. Living in community has meant a lot of things to me over the last several years, but perhaps the most surprising has been how uncomfortable it can be to be known so deeply and personally by so many. There are those parts of me that I’d like to hide away from those who love me so dearly, but community makes it hard to hide. My tendency to take things too personally and grumble to myself about others, my reflexive desire to try to make people like me, my desire to control others to ease my own anxiety, my habit of trying to “figure people out” instead of just sitting with them, my own selfish pride—all of these broken parts of me feel like jagged edges primed to hurt those I love the most. I’m pretty sure I could hide these things away if it weren’t for the fact that we’ve given ourselves to each other in the bonds of community, in shared life, work, and prayers. I’m going to stumble, I’m going to hurt others both intentionally and unintentionally, I’m going to want to quit some days, and I’m going to fail.

But, God has surrounded me with people who will hold my hand as I learn to walk across the lawn. They are so dedicated in their love of me that they’ll need to be reminded to eat. These good people—like Robert—rejoice over my faltering steps. When I sit in the grass and refuse to get back up because I’m tired of trying and failing, it’s people like Robert who will sit still with me in silence until I’m ready to try again. It probably won’t stick this time, either. But sometimes miracles happen, as Robert testifies by way of word and action.

There are so many ways for us to love God, but I think I know God’s favorite: holding the hands of God’s children and walking carefully with them. Love is so much more resplendent in our faltering steps.