It was one of those winter nights that will never grace the front of a postcard. Dirty piles of half-melted and refrozen snow lined the curbs and every awning threatened to drop ice cold water down the back of your jacket or onto any brazenly uncovered heads. You had to watch your step because the wet sidewalks and streets might have a patch or two of ice hidden somewhere. It was the kind of winter night that makes you think that even the winter has grown tired of itself, and is now sloughing off what moisture it had stored up for snow in a dismal drizzle. Looking forward to spring for many reasons, our little group of leaders gathered around coffee and cocoa in one of our house’s living rooms. 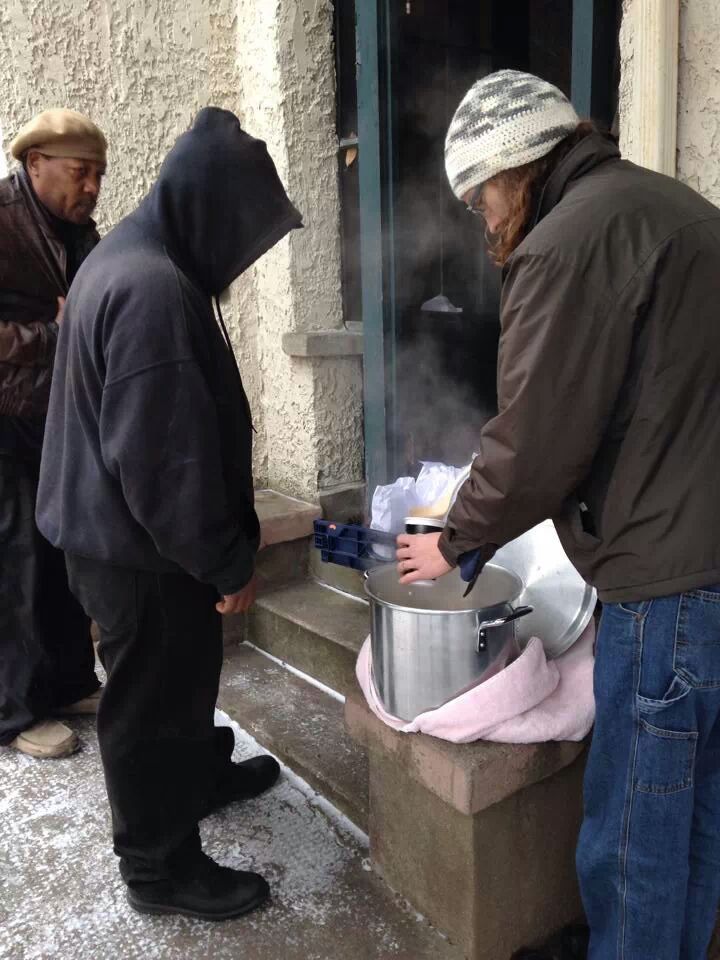 We were having our monthly meeting to plan and coordinate our work and talk about how we were spending the money in our common fund to meet needs around our neighborhoods and city. We’ve had a common fund in our community since even before we’ve called ourselves Grace and Main. The common fund is part of the commitment we’ve made to each other and to the Kingdom of God: we pool and share resources to meet needs inside and outside of our community. The way we’ve done it, and to what extent we’ve done it, has changed over the years by baby steps, but we remain committed to living simply and sharing because we believe that these are commitments to which God has called us.

But every winter, our common fund is stretched very thin as we struggle alongside sisters and brothers within the frigid grasp of homelessness and housing insecurity. We have a homeless shelter in our city and it is a blessing for most of those who stay there, but it is also a short-term shelter, so it cannot provide shelter to anybody throughout the whole span of the winter. Even if it could, its sixteen beds would be quickly overwhelmed. So every winter, we talk a lot about how to keep as many people as possible in shelter somewhere. This means filling as many hospitality rooms as possible, helping with more utility bills, and paying for hotel rooms for those with no other options. By the end of January and beginning of February, this means that dozens of people are sheltered, but our common fund is usually fairly close to depleted.

Sometimes, those monthly meetings become strategy sessions to figure out how we can keep people sheltered when money is tight and hospitality rooms are full. Sometimes, long winters try to convince us that there isn’t enough to go around and that homelessness is just a sad, but unavoidable, reality of our world. Sometimes, we are tempted to believe the winter’s story about scarcity. But, Lisa reminds us that the winter is a liar.

As we talked about how we were going to find several hundred more dollars to cover hotel costs for a half dozen brothers with nowhere to go, we became increasingly frustrated. As far as we could tell, there just wasn’t anywhere left to tap to cover the cost. As we sat in frustrated silence, lamenting the lack of funds, Lisa spoke up. “I’m not sure I always follow all of the talk about money,” she began sheepishly, “but are we saying that we don’t have enough money to keep people off the streets?”

“That’s what we’re afraid of,” I admitted, inwardly fearing that the lie of scarcity that sounds so convincing in the winter might be true, after all. 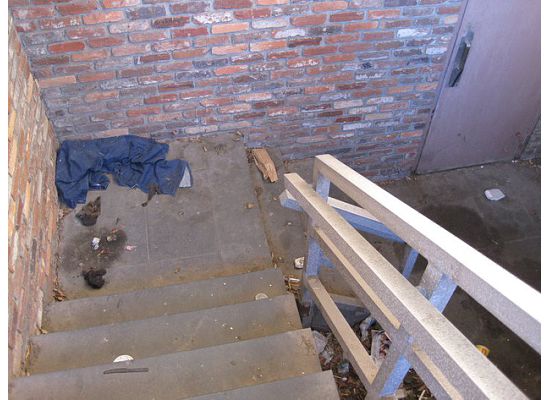 “Well, I don’t know if it will help,” Lisa said, “but if somebody can give me a ride, I’ll get my ring. We can probably sell that for $100.” As the room turned in shock to Lisa, she continued, “That should cover a person for a week at the hotel, right?”

We all knew which ring she was talking about. It was her wedding ring, and there were a whole host of good and bad memories wrapped up together in that thin circle of metal. Many tears had been shed together over all that ring had meant and failed to mean. It was a treasured possession, even if all of the memories it occasioned were not themselves treasured. That ring had graced her finger when she was homeless. That ring was on the hand that gripped mine when she told us, “If you guys ever stop doing this, I just don’t know what I’ll do.” That ring was with her when she moved out to a place of her own, safe and secure in its own way. That ring was a silent witness to her commitment to the community when she became one of our leaders. We all knew which ring she was talking about.

In our shock, we couldn’t find the words to say, so Lisa reiterated herself and added, “unless y’all think that isn’t enough.” But, the truth was that it felt like all too much—it felt like more than any of us could, or would, ask of her. Moments before, we had been tempted to believe the lie that there isn’t enough to go around, but our sister Lisa exposed the lie. She offered up something she called valuable to provide shelter to someone God called valuable. In that moment, she reminded us of Laurence, who held out his arms before a demanding Roman prefect declaring of the impoverished folks around him, “This is what the Church calls valuable.”

We thanked Lisa not only for her scandalously generous offer, but also for speaking aloud for the Spirit in that moment. Then, we prayed. By the following evening—before Lisa could sell her ring and before our brothers’ rent could run out—our common fund had been restored enough to cover the upcoming expenses. It turns out that Lisa was absolutely right: the winter is a liar.