Derek is hard to describe, but I’ll try. The first time I met him, he wanted to know if I could “lay down a beat” for him to freestyle over. He had had an idea for a new rap while walking to the meal in our home and was ready to try it out. Derek has a way of entering a new and unfamiliar place with confidence, his eyes darting to the left and right to take in his environment as quickly as possible. He is an astounding judge of character most times, but is also eager to assume the best of people even when his instincts suggest differently. Derek walks with an understated strut that we’ve learned to recognize from a block away, knowing him by his walk before we can hear him yelling our names. Derek has a sense of style that defies imitation, shifting subtly from day to day with his newest clothing creations—composed of other people’s castoffs and often given away shortly after their debut—but remaining consistent to a few themes, such as his penchant for handmade necklaces and redesigned skullcaps. Regardless of what’s going on in Derek’s life on any given day, he always asks me how my daughter is in the first minute or two of any of our conversations. He’s eager for us to know he loves us and tells us regularly. 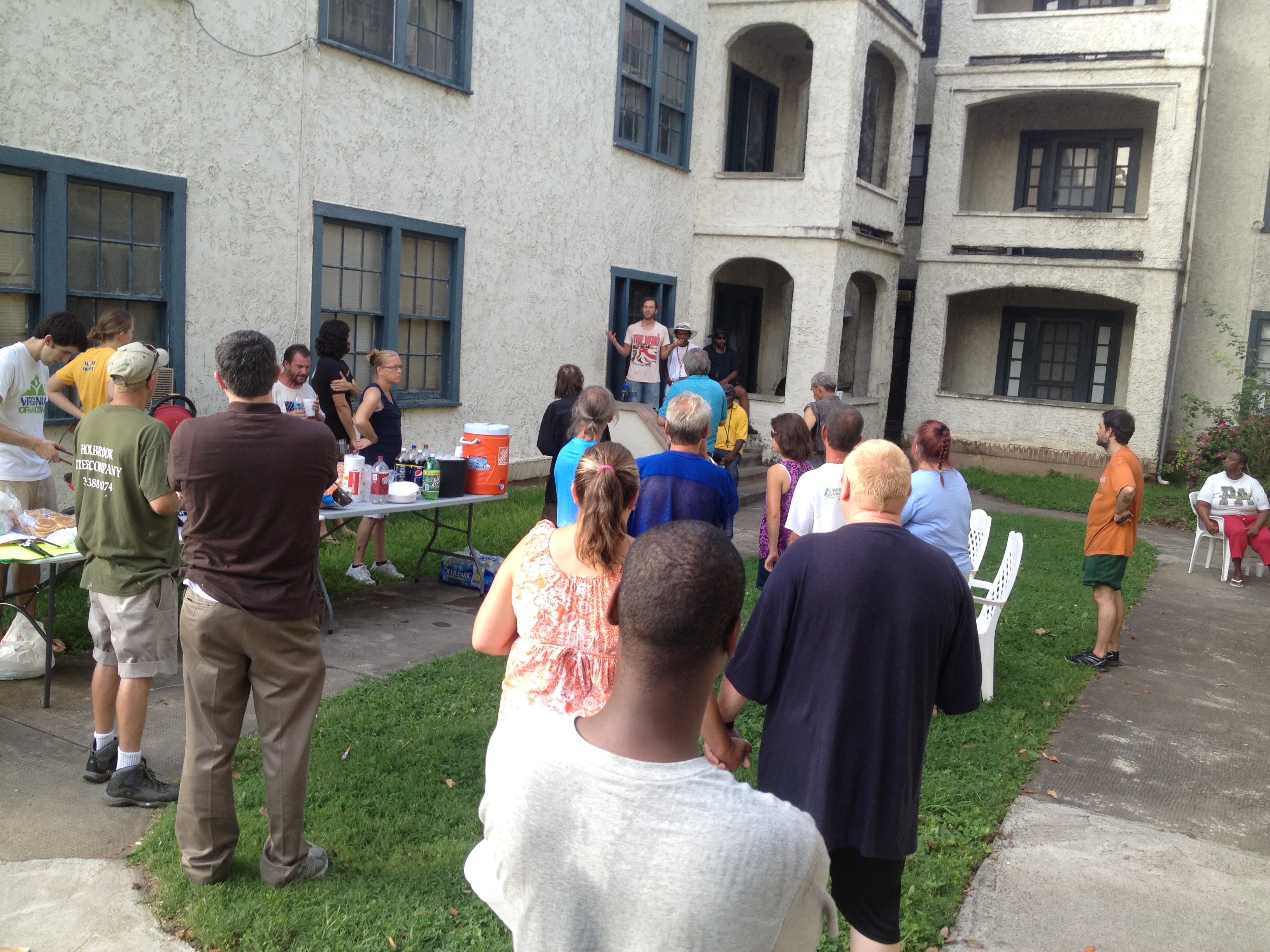 Derek was one of the thirteen people who used to live at the apartment building that we called “Little Calcutta” and wrote about here previously. After four years of sharing countless meals together, planting flowers in the courtyard, taking turns playing the guitar on the porches of roach infested apartments that often lacked running water, and talking very seriously about what the tenants deserved, the tenants were ready to ask for better. Derek was one of the key leaders who helped cultivate justice in that neglected place and he did it with all of his characteristic soft-hearted swagger and persistent hopefulness. When the building was condemned, Derek celebrated alongside everybody and debuted new art and new fashion.

But, the condemnation of the building meant that once again Derek was facing the possibility of homelessness. For years, Derek had drifted between homelessness and near-homelessness, between lack of security and the hope of security. Though there are a particular set of material, social, and health challenges that vex Derek, it’s far too simple to say that those challenges are why Derek has struggled with homelessness. The reality is that Derek’s struggle with homelessness says just as much—if not more—about our society as it does about Derek. 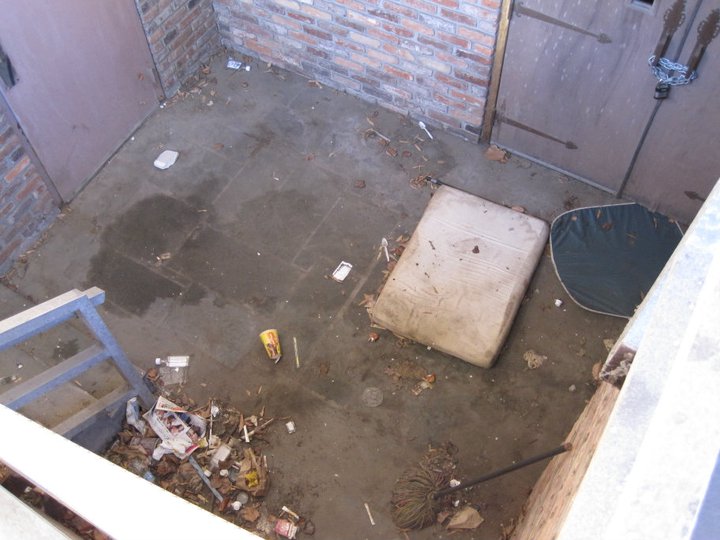 We’ve been taught to expect people like Derek to act desperate and servile. We’ve learned to trade support and assistance, from positions of power and control, for dignity and flattering gratitude. Too often, we ask the Dereks to be somebody else, because we don’t know what to do with who they are. Sadly, when they don’t, can’t, or won’t fit themselves into a broken set of expectations for those in need, we write them off as ungrateful or undeserving. This certainly isn’t justice, and it’s hard even to call it charity. Rather, it’s something of a transaction where we trade some of our surplus resources for good feelings, and the Dereks of the world trade dignity and agency for whatever we’ve chosen to give. Frankly, it’s a bad trade for everybody involved, but it seems to be one we’re all accustomed to making.

So, we did what we’ve done dozens of times before and started going with Derek to make applications at better apartment buildings and to put together the documents and paperwork that he’d need to find a place to lay his head in relative security. The former tenants of Little Calcutta had ten days to find somewhere to go and we were able to relocate most within a week, but Derek kept being turned down for a variety of reasons. Finally, with only a few days left until the building was finally boarded up—a victory worth celebrating in its own right—one of our leaders, Ed, sat in yet another waiting room with Derek as his application was scrutinized in private. As Derek paced the room, Ed noticed that Derek’s shoelaces were tied together, forcing him to shuffle his feet to avoid tripping. Thinking this was a fashion choice, Ed asked Derek, “What’s up with your shoelaces? They make you walk like you’re shackled.”

Derek, normally cheerful and playful, turned his downcast eyes to Ed and responded, “That’s how I feel, that’s how I should be walking.” 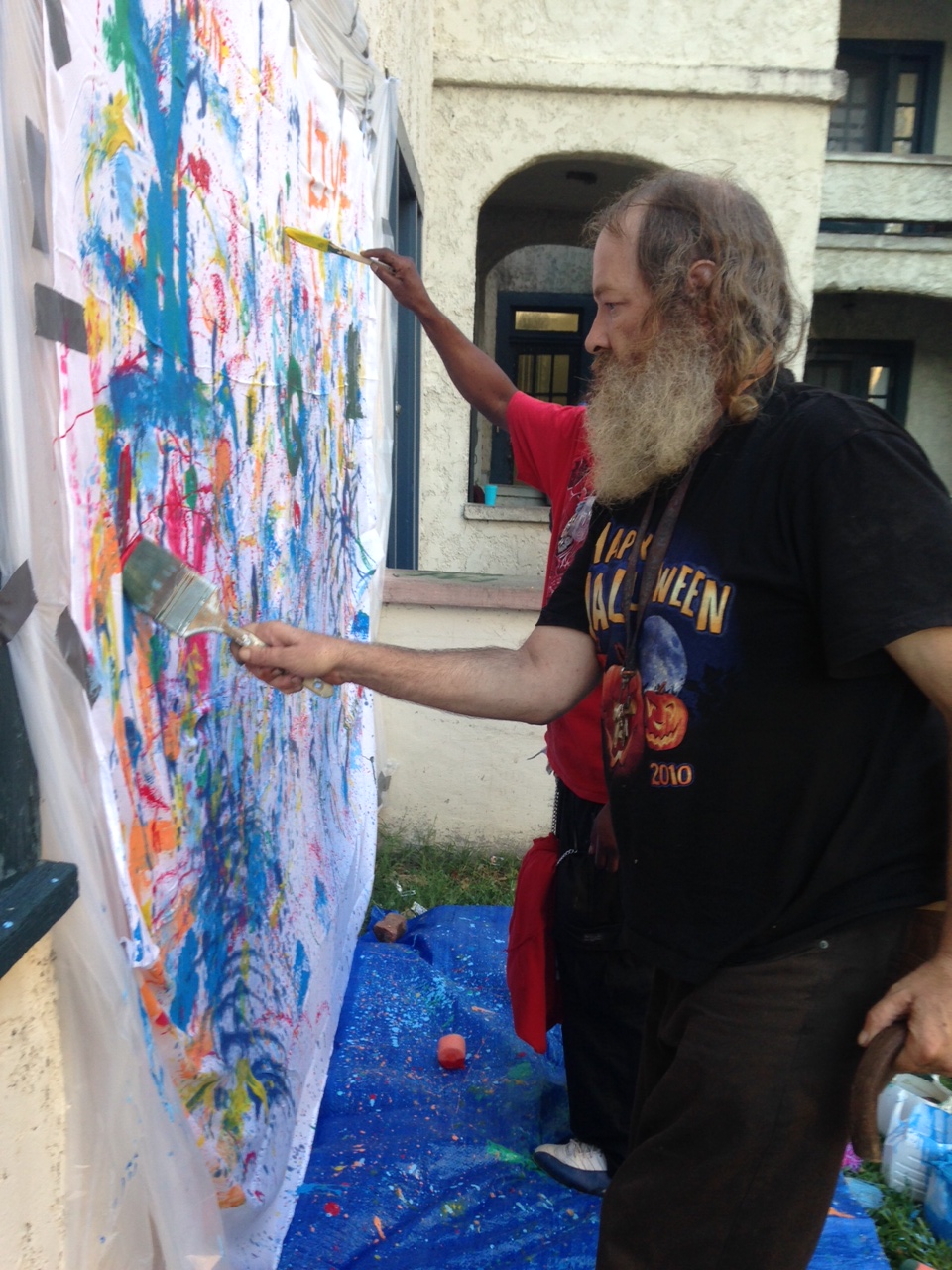 So, what do you do when your brother makes that kind of confession to you? You wish it wasn’t true, but then you cry because, for the moment, it is. Then you tie your own shoelaces together, because it’s not just the Dereks of the world that are shackled by our broken way of looking at poverty, homelessness, justice, and charity. You tie your shoelaces together and shuffle through the next few days alongside the brother or sister that God gave you, because when that’s how you feel, that’s how you should be walking.

Together, we got there and Derek found a place to take shelter with less than 24 hours to spare. He untied his laces, he joined us at yet another meal and for prayers, and we all gave thanks that for a little while, everything was alright. That night, as we dropped him off, he walked back to his new home with victory on his shoulders, the love of his community around him, and with that familiar strut which fits him so well. After all, if that’s how you feel, that’s how you should be walking.