The following story was written by Matt Bailey, a leader at Grace and Main, who has been a part of the community from its beginning around five years ago. 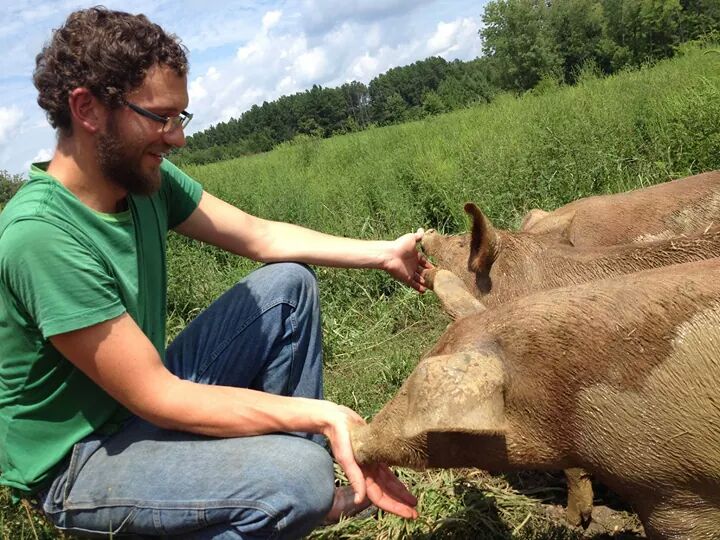 I’ve always been struck by the story of Jesus feeding the 5,000 and how beautiful it was that Jesus was filled with compassion for the empty stomachs of ragamuffin sinners. But I was taught that Jesus’ concern was not for the bellies of those hungry people. My well-meaning teachers insisted that the food was just a way to get an audience. But, my friend Jessie taught me better. When Jesus fed 5,000 folks on a hill somewhere in Judea, he was showing us that he cares not just about souls and sin, but also about hunger and our physical needs.

I first met Jessie at a run-down apartment building with trash for a lawn and boarded up windows for insulation. Jessie was really quiet and somewhat hostile when I first met him. He would talk to me rarely and only if I had food. When I would knock on his door, he would demand angrily, “Who is it?!” After I announced myself again, he would crack the door a few inches and peek out to see whether I had food or not. If I didn’t, the door was quickly slammed. If I did, Jessie would reach out through the crack in the door, take the bag of food wordlessly, and slam the door a little more politely.

After several months of knocking, getting yelled at, and him taking the food and closing the door, Jessie began venturing out on his porch to talk while we ate near each other—not quite together, but closer. Typically, I would talk ad he would listen. When I had talked too much for his taste, he’d go back inside without a word. Eventually, I learned the hard way to leave silence for Jessie to speak if he wanted to. From the silence blossomed togetherness and often wordlessly Jessie opened up a little more each time I visited him.

Over those lunches, he told me stories of growing up in the projects with his single mom who worked several jobs to take care of him and his siblings. He told me all about the kind of mischief he got into while his mom worked, and eventually he even told me about his struggles with mental illness and homelessness. Over countless turkey sandwiches, Jessie shared with me the pain and frustration of his schizophrenia. He told me how he hallucinated and grew anxious around people he didn’t know, so he trusted no one. 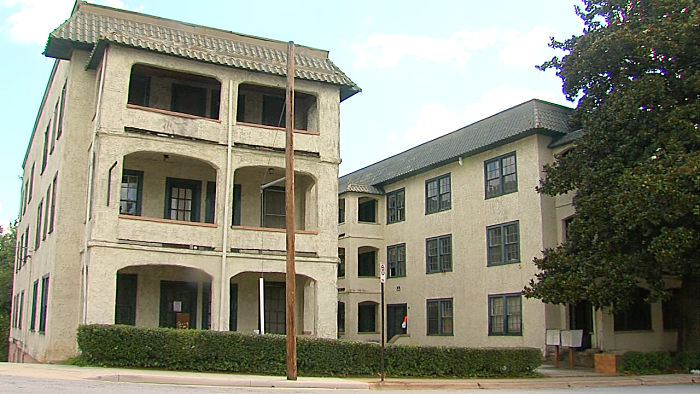 On one occasion, Jessie recounted through hot tears how he regularly didn’t have food for the last week or two of each month because his food stamps only stretched for three weeks—a woefully honest refrain we’ve heard time and time again from so many of our sisters and brothers. Jessie told me and helped me understand what that kind of hunger feels like for days on end, his isolating hallucinations and anxiety intensifying with hunger. The wall between Jessie and me was beginning to crumble, because he could see that I wasn’t trying to manipulate or take advantage of him. I just wanted to be his friend and eat lunch with him—together.

After becoming friends with Jessie, I and other Grace and Main leaders began talking with Jessie about ways we could make sure Jessie didn’t go hungry at the end of the month. Though Jessie was still hesitant, he did allow some assistance from friends during the direst parts of the month. Jessie would go with several of us to the grocery store and would educate us on how to make money stretch a little father. We’d all go shopping for bulk items together and split them between us. And sometimes, on special occasions, we’d go get some good, greasy fast food. After all, we can’t forget that justice is our goal, but stomachs are growling now. Relationships are what create real change—not great programs or just education—and relationships are built together, slowly and often over meals. Jesus never forgot that either.

One particularly long month Jessie was without food for longer than usual. He didn’t want to call and ask for help, but after he couldn’t handle the shakiness, the weakness, and the hallucinations any longer, he took a leap of faith and called me. “I don’t want to ask for help, but I’m out of food and I really need to eat something,” Jessie lamented over the phone. So we went to one of Jessie’s favorite fried chicken joints to get some food into him fast. He ordered a small portion, but I ordered a larger portion for him, knowing he needed more than the one piece of chicken he thought it was okay to order. Sitting in the car in the parking lot, Jessie couldn’t wait any longer. He ripped open the box of chicken and began eating ravenously. He ate one piece, then the next, taking few breaks for breaths. He licked his fingers between pieces of chicken. After his third piece, he lay his head back against the head rest, and with eyes closed, face up to the ceiling, he started mouthing, “Hallelujah, hallelujah, hallelujah!” Tears began running down his cheeks and mingling with the grease on his chin. His soft cries of praise became racking sobs of thankfulness and appreciation to the God who cares about empty stomachs and feeds not only 5,000 with loaves and fishes but also the one with fried chicken. 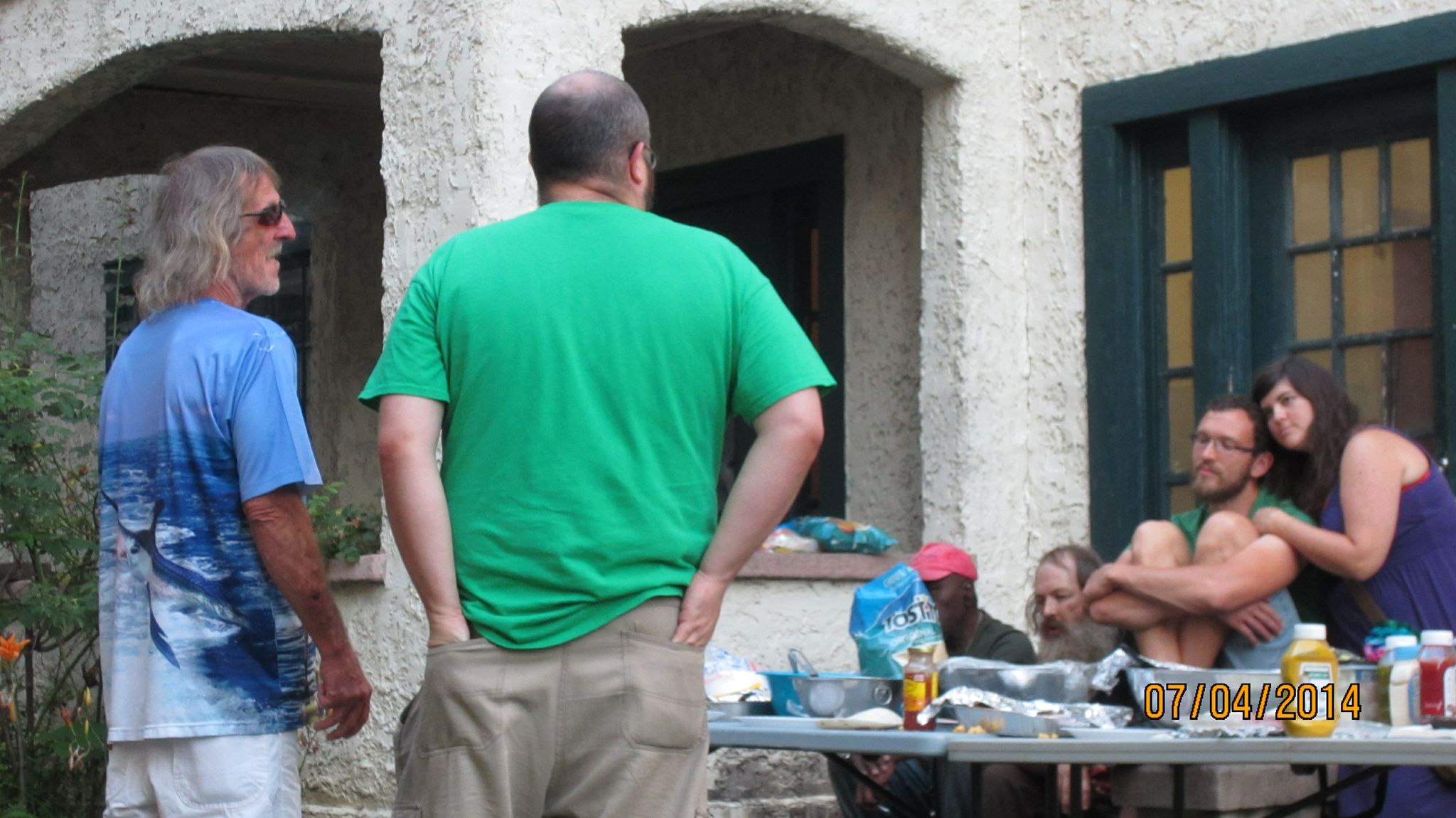 Seeing the effect that simple meal had on Jessie helped me realize how interconnected our physical bodies are with our souls. Jesus told us that when we feed the hungry, clothe the naked, and take in the homeless, we do so for him. Jesus also tells us that when we deny food, shelter, and clothing to our sisters and brothers we are denying Him those things.

Behold the good news: God’s compassion and abiding love for humanity is so profound and limitless that Almighty God, the Ancient of Days, the Holy One of Israel feels and hears even the growls of empty stomachs, and we eat—together at last—in celebration of the Kingdom that has no end.