This month’s story comes from 3CM missionary and Grace and Main leader, Ben Wright. Ben is also the Director of Youth Ministries at local partner congregation, First Baptist Church. Email us at thirdministries@gmail.com to let us know what you think of Ben’s story and to get more information about supporting Ben’s work.

In college, I discovered the convenient culinary magnificence that is the Cook Out tray. If you’ve never had one, let me spell it out for you. For roughly the same price of a combo meal at any number of other fast food places, Cook Out offers a veritable feast with an entrée, two sides, and the option to upgrade to a custom milkshake instead of a medium drink. 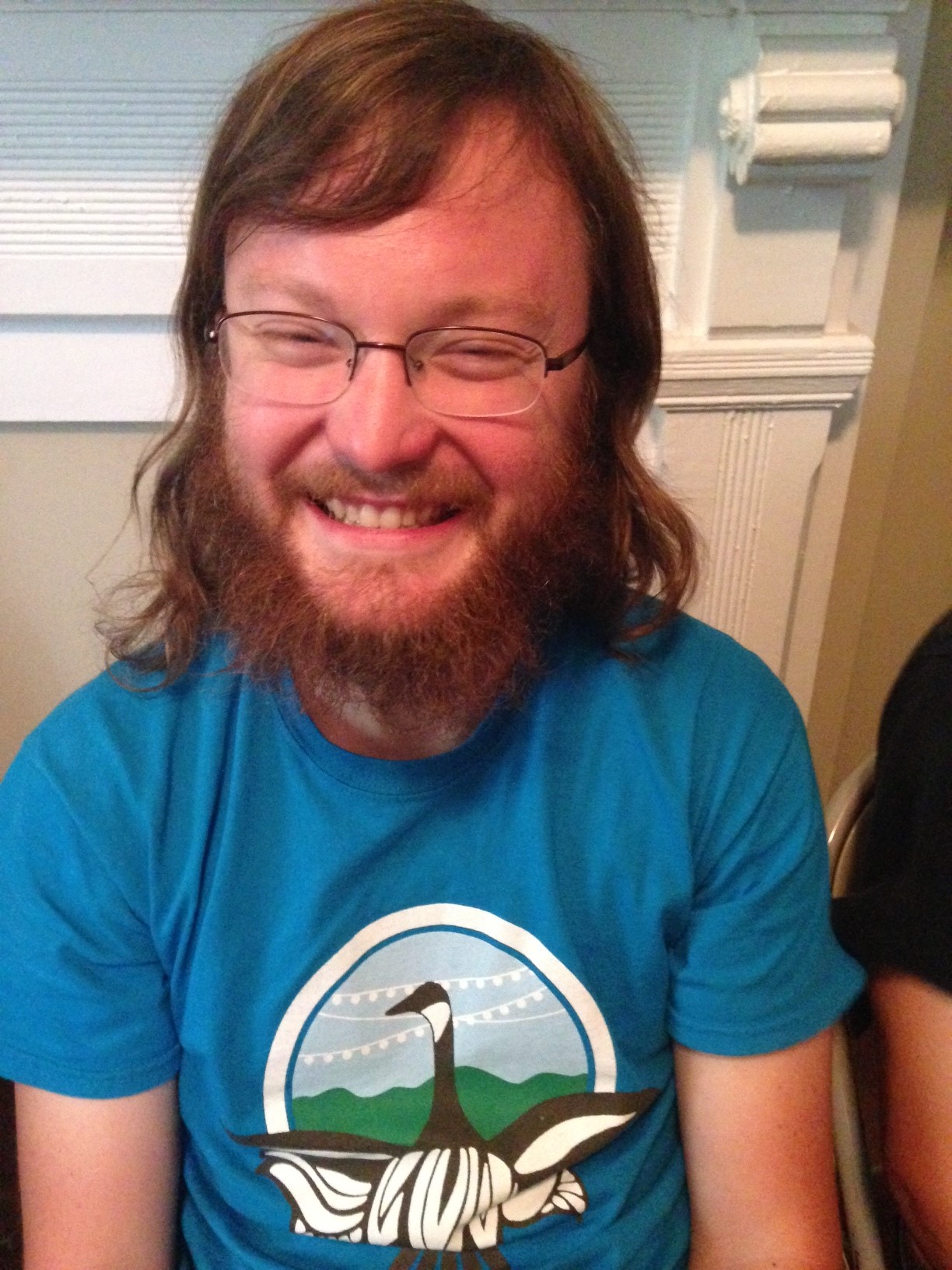 Every other Tuesday, I spend a big part of my afternoon with Pinky. Sometimes we play board games, other times we watch a movie, and others we go for a walk around the neighborhood. I do this not only because I love Pinky, but because I want to provide her some relief from the emotional demons that feed Pinky’s substance addiction. One Tuesday Pinky was especially down and ashamed of herself—she had broken a 21 day sober streak by drinking a beer. Though we mourn when one of our brothers and sisters relapses, what matters most is how we respond and how our addicted sister or brother responds. This particular time, Pinky relapsed when the morning AA meeting she had been looking forward to was canceled.

Pinky was heartbroken at her own fall and was once again afraid that we’d get tired with her failures and “give up” on her. After talking through the situation, reminding her that we loved her, and reaching some kind of resolution, I took Pinky to run some errands across town since she does not have access to reliable or self-directed transportation. On our way out to the car from her apartment, I was stopped by a brother living on the streets named Dirk with similar struggles and demons. Dirk mentioned that he too was having a difficult morning and was seeking solace at the bottom of a 22 ounce aluminum can.

If I were a more flippant man, I might say, “when it rains, it pours,” but the truth is that it’s easy to get overwhelmed by need when you are in relationship with those who live along the margins, who live where life is often unforgiving and passersby think they know all there is to know about your problems. So, absorbing the energy and anxiety of the situation, I found myself starting to descend into a familiar darkness.

That’s when I decided that somebody was getting a milkshake. 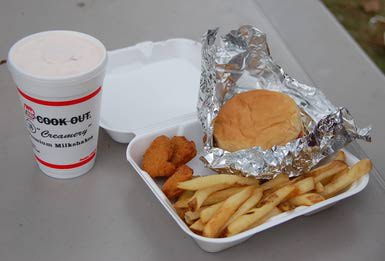 After we finished the last of Pinky’s errands, we took an unexpected detour to the Cook Out drive-through. I paid for and received our food and we drove back to her apartment. Sitting in that room with its smoke stained walls and meager furnishings, we shared the tray. When we gave thanks and broke this meal, we found that—from one single priced menu item—Pinky received a double chocolate milkshake, Dirk got a double cheeseburger with fries, and this health conscious vegetarian had a dozen of the best hushpuppies ever consumed.

It made me think about that famous story we have from scripture where Jesus fed a great multitude with the leftovers from several of those gathered. One of the many lessons given to us in that story is that when great compassion is applied, a little can go a long way. That Tuesday, a milkshake shared with Pinky the good news that neither God nor we had given up on her. The burger and fries were Dirk’s first meal in three days and told him that his story was not being read alone. The hushpuppies served to remind this broken thirty-year-old that God can use even me for the work of the Kingdom.  Compassion is that thing that turns the ordinary into the transformational.

With heightened awareness of the link between heart disease and diet, it can be said that in certain instances, fast food kills. However, on one dark Tuesday morning, fast food saved.