Honestly, we weren’t prepared for that much bread. It had all started when he called me out of the blue and told me that he worked for a bread company and they wanted to know if we could use some of their “day olds” in our Roving Feasts around downtown and the Northside. Mike had heard one of us speak at his congregation’s Wednesday night service and had taken with him some of the written information about what we were up to. When Mike called me a few days later to ask if he could bring his truck by to donate some bread, I thought he meant maybe a dozen loaves in the back of his pickup truck. 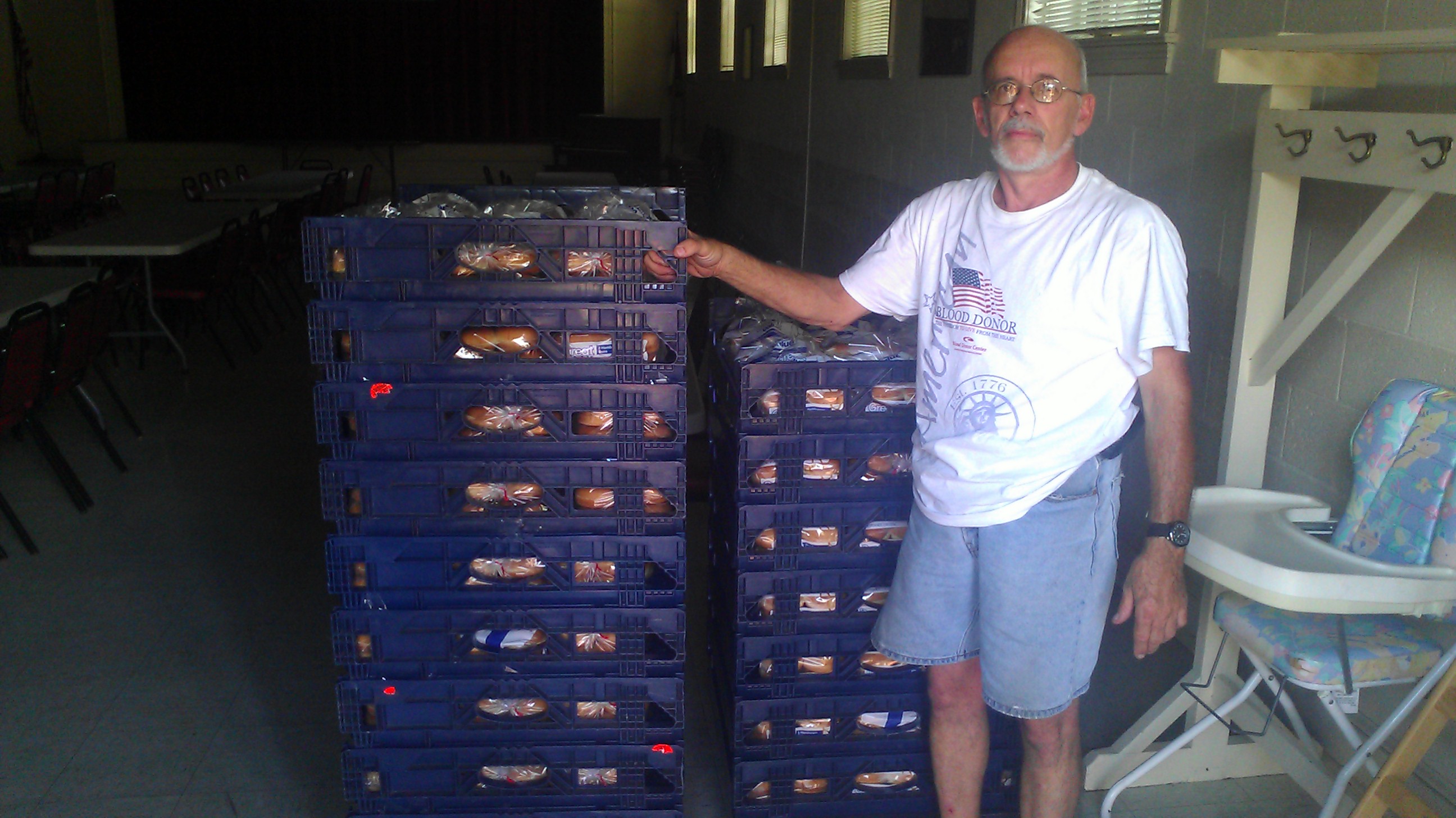 So, when I showed up in the parking lot of a downtown church to receive his donation, I was surprised to see Mike leaning against a big box truck with a hydraulic lift on the back. When he rolled up the back of the truck, there were nearly 20 pallets full of loaves of bread that he wanted to donate. We live and serve among lots of hungry people for whom bread becomes something dear in the last week or so of each month. So, we thanked him for his generosity and began taking bread into some of our neighborhoods.

Mike started coming to our meals and worship services shortly after he started flooding our ministries and homes with bread. Since we already had a “Mike” who had been around from the beginning of Grace and Main, we jokingly started calling our new friend “Bread Mike.” The nickname stuck and Bread Mike did, too. Nowadays, you’ll see him just about anywhere Grace and Main gathers whether it’s in a home for worship and prayers or on a street corner for the “roving feast.” Bread Mike has become one of the pillars around which our Wednesday morning breakfast has grown and thrived, becoming not only its bread supplier but also one of its most loyal and dependable leaders.

Several months ago, Bread Mike opened his home to a young man who had been kicked out of his house and had nowhere to take shelter. Unable to watch the young man become homeless, Mike offered the extra bedroom in his home and insisted that the man stay with him. In doing so, Mike’s home became the seventh home connected with Grace and Main to begin offering a kind of radical hospitality. That young man is enrolled at the local community college now and is getting his feet underneath him again. If you asked Mike why, he’d tell you that he does it because Jesus would want him to do it and because he’s learning how to follow Jesus by uniting himself with a community of folks on a similar journey. 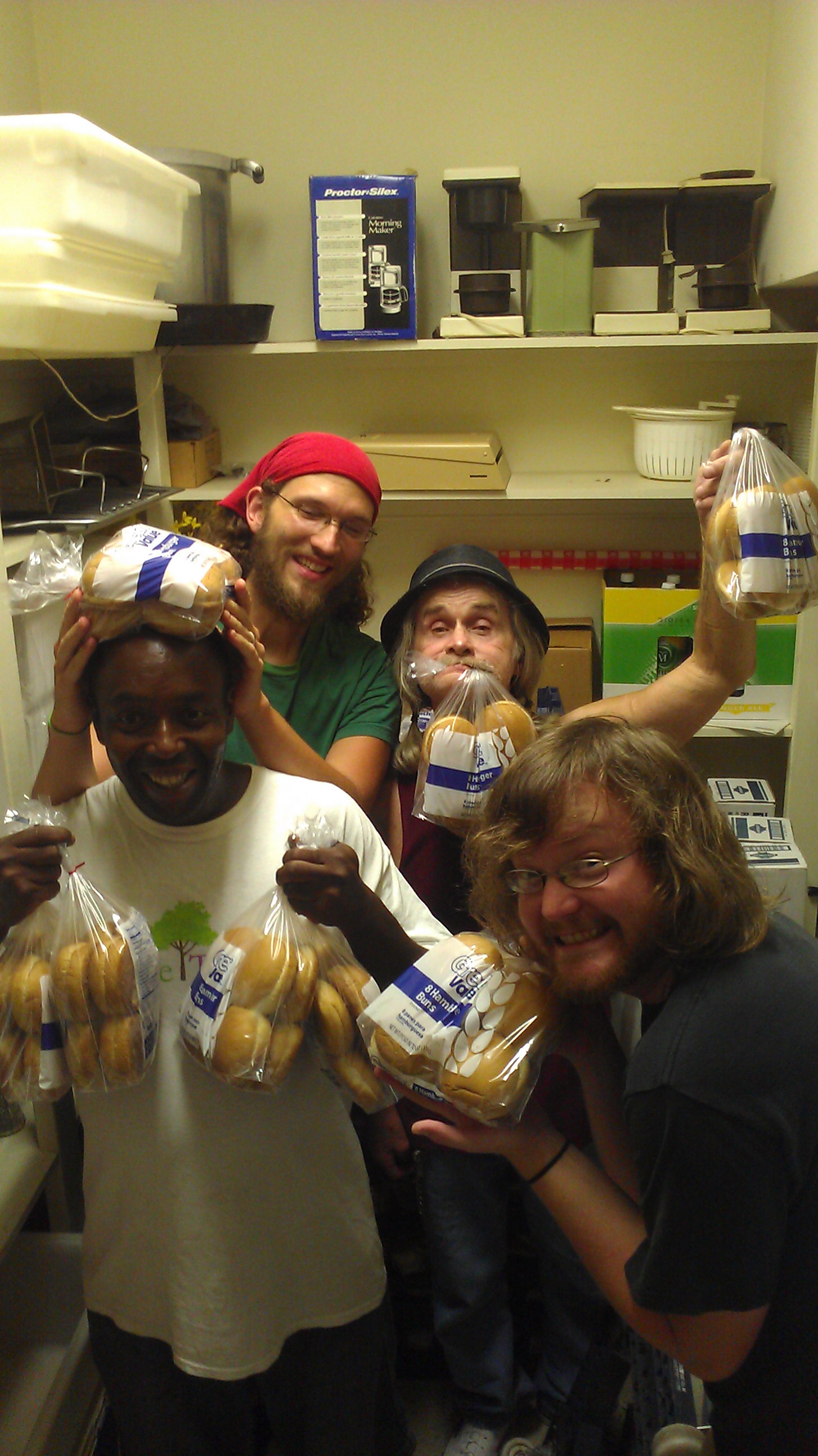 A couple of months ago, Mike was helping a couple move to their first secure shelter in quite a long time. He had loaded up his truck with their meager possessions and was eager to get them moved in to their new place. However, when they got there, there had been a change in the lease agreement and the couple could not move in. Once again facing homelessness, the couple didn’t know what to do. Mike barely even hesitated before offering the master bedroom in his own home to the couple “for as long as it takes you to get on your feet.” Shocked by his hospitality, the couple was hesitant at first to accept, but they eventually moved in and began to contribute to the house’s needs.

By the world’s standards, Mike doesn’t have much to offer. He can’t write big checks or move mountains with his influence and power. No senators, princes, or CEOs call him to ask for his input. He is, after all, just one man living on a meager salary in a depressed neighborhood and city. But, Mike isn’t content to let the world tell him how generous he can be—he has been called by our Lord Jesus to give of himself and to spread the fragrance of Christ about him wherever he goes. He’s not gaining the esteem of the world, but he is changing it—one person at a time.

Mike will try tell you that he’s learning how to follow Jesus by spending time with our little community, but the truth is: he’s as much a teacher as he is a student. It’s our privilege to live and serve alongside Mike and to be challenged by the way he lives to give more, sacrifice more, and live even more hospitably in a world that is being changed by love like his.